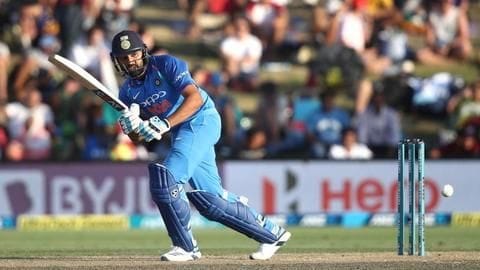 The visitors took an unassailable 3-0 lead in the five-match series, courtesy of Indian bowlers.

Prior to this series win, India had beaten West Indies and Australia in bilateral ODI tournaments.

The Kiwis were bowled out for 243, as India chased down the target with ease. 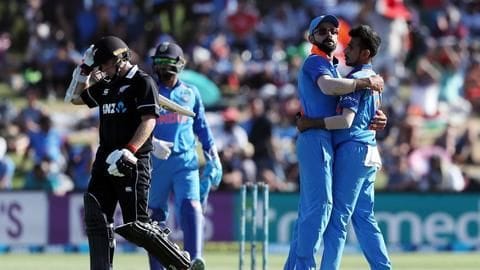 For the third successive match in the series, the Kiwis were bowled out by Indian bowlers.

The last time New Zealand were bowled out in three consecutive ODI matches was back in 2016. This record was scripted by Australia in their own backyard.

Kiwi openers struggled even today. Their last 14 opening stands in ODIs have accumulated 166 runs at an average of 11.85. 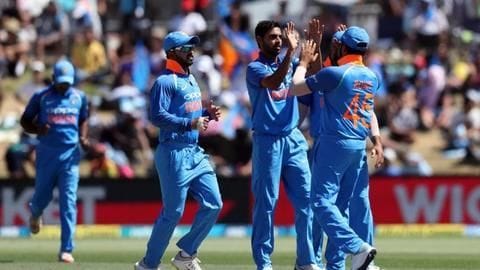 India have won five successive ODIs since losing against Australia at the SCG.

Bhuvneshwar Kumar, who had dismissed Aussie opener Aaron Finch in three consecutive ODIs this year, accounted for Martin Guptill's wicket in all the three matches of this series.

He equalled the record held by Praveen Kumar, Mohammed Shami, Hardik Pandya and Umesh Yadav, who all have dismissed Guptill thrice in ODIs. Indian opening batsman Rohit Sharma equalled MS Dhoni for the most number of sixes, hit by an Indian batsman in ODIs (215).

The senior cricketer also went past 10,000-plus runs in List A cricket. Rohit (62) scored his 39th career ODI fifty.

Rohit and Kohli stitch their 16th 100-plus stand in ODIs 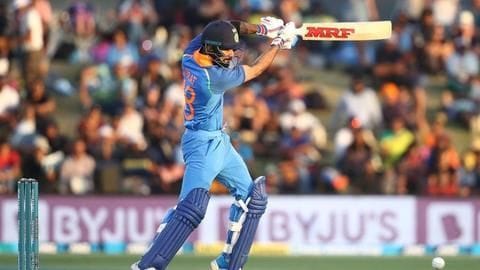 The 30-year-old registered his 100th fifty-plus score in List A cricket. 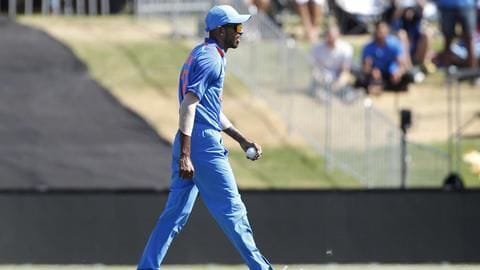 Mohammed Shami picked up three wickets against NZ on Monday.

Since going wicket-less at the SCG in the first ODI versus Australia this year, Shami has taken a total of 12 wickets in five ODIs.

Bhuvneshwar along with Trent Boult and Lockie Ferguson bowled one maiden each in this match.

Hardik Pandya picked up 2/45 in his comeback match after an injury in 2018. For Kiwis, Taylor and Kane Williamson now have the most partnership runs in ODIs against India.

The previous record was held by Nathan Astle/Stephen Fleming (741).

With this performance has Hardik Pandya sealed a spot in India’s World Cup XI? #NZvsInd

How does the 5-match series between New Zealand and India stand at the moment?

The 5-match series between New Zealand and India sees the visitors lead 3-0 at the moment.

How many ODI series have India won since their 1-2 loss against England in July 2017?

India have won four successive ODI series since their 1-2 loss against England in July 2017.

Who were the top performers for India in this match?

How did Hardik Pandya fare since his return from injury and suspension?

Pandya picked up two wickets since his return from injury and suspension.

Hardik and I are back to being good friends: Rahul