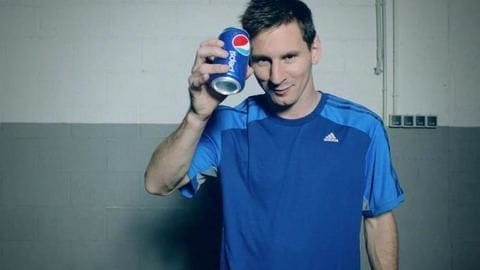 Barcelona superstar Lionel Messi is one of the greatest players to have graced the sport.

Recently, the Argentine footballer posted a video on his Instagram account, showcasing his ability to hit the spot, with a left-footed shot.

In a behind-the-scenes advertisement for Pepsi, Messi was seen performing an incredible trick shot, which left fans in awe of the Little Magician.

Messi's magic is at another level 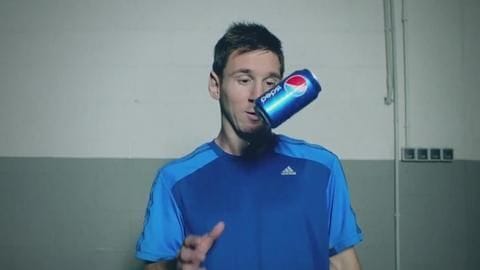 Messi is seen performing an act with a football and a Pepsi bottle.

He placed the bottle on top of a football and then fired in a perfect shot into a hoop.

Interestingly, he generated enough back-spin on the ball which made the bottle flip a few times, and it landed on the floor exactly as placed on top of the ball.

The magical feet and vision of Messi

Before Messi, Liverpool's Salah amazed everyone with no-look shot 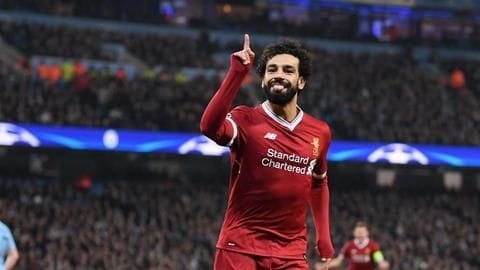 This comes a day after Liverpool forward Mohamed Salah showed his artistry.

The Egyptian was also seen enacting a trick shot, when he hit a cola can placed on top of the hoop.

Notably, this was a no-look shot, which has received more than 2.5 million views and counting.

Salah and Messi will be in action this weekend

Salah will be seen in action tonight against Bournemouth at 8:30 PM in the Premier League. Meanwhile, Messi will travel with Barcelona to face Athletic Bilbao in La Liga. The match will be held on Monday at 1:15 AM IST.

What did Lionel Messi do during the behind-the-scenes ad for Pepsi?

Messi performed an incredible trick shot with a football and a bottle of the drink in the behind-the-scenes ad for Pepsi.

What was the major aspect of the brilliant left-footed trick?

Messi fired a perfectly timed shot into a hoop. The back-spin imparted on the ball makes the bottle on top flip a couple of times before landing on the floor as it was placed on top of the ball.

What had Salah done a day earlier in a similar ad campaign?

Liverpool star star hit a cola can placed on top of the hoop with a no-look shot.

Are Messi and Salah in action this weekend?

Messi will be in action for Barca against Athletic Bilbao. Salah will be facing Bournemouth in the EPL.