Jasprit Bumrah could script this special record in second T20I

Indian fast bowler Jasprit Bumrah was superb in the first T20I against Australia in Visakhapatnam on Sunday.

The right-arm pacer kept India in the match, till the last over, after bowling a brilliant spell of 3/16.

Despite India's last-ball loss in the tie, Bumrah was the standout performer.

JB goes into the second T20I with an eye on a special record.

Bumrah could surpass Ashwin in T20Is 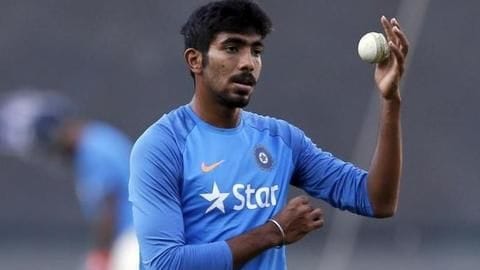 Bumrah bowled a breathtaking penultimate over as he conceded only two runs, besides taking two wickets.

His match performance saw him get to 51 wickets in T20Is.

He became only the second Indian to take 50-plus wickets in T20Is after R Ashwin (52).

Bumrah needs two wickets to surpass the off-spinner and become the leading wicket-taker for India.

It would be a terrific achievement.

Bumrah is a special T20I bowler

In 41 T20Is, JB has picked up 51 scalps. It's his stunning economy rate of 6.69 that separates him from the rest. Bumrah has shown his prowess with the ball at the death and on Sunday he was right on the money. 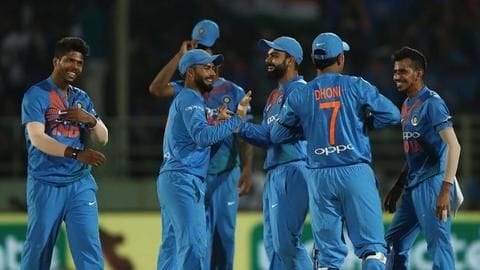 After the loss in the first T20I, Indian skipper Virat Kohli lauded the fast bowler.

"Bumrah can do wonders with the ball when it is reversing and did exceptionally well to get us in the game," he said.

Bumrah's heroics in the 19th over saw him dismissing Peter Handscomb (13) and Nathan Coulter-Nile.

He had earlier got skipper Aaron Finch (0).

Second T20I: India will look up to Bumrah

India will be hoping that the ace pacer is in his groove on Wednesday. India are in a must-win scenario to end the series at 1-1. The batting will need to support JB in order to keep India in the match.

How many wickets did Bumrah take in the first T20I against Australia?

Bumrah picked up 3/16 in the first T20I against Australia.

How many wickets does Bumrah have in T20Is?

What record can JB script in the second encounter?

He can surpass R Ashwin, who is India's leading wicket-taker in T20Is (52).

Which side won the first T20I?