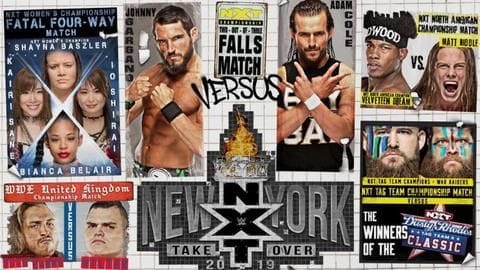 The ongoing WrestleMania week has gripped the fans in pro-wrestling fever.

Meanwhile, WWE's development territory, NXT too would be having its pay-per-view on Saturday.

The NXT TakeOver: New York promises to live up to its hype as the upcoming generation of WWE superstars are set to put up a spectacular show.

Here we present the preview and final predictions for this event.

The War Raiders to continue raiding the NXT tag-team division?

The War Raiders face the greatest task at hand when they get set to defend the NXT Tag-Team Championship against the deadly pair of Aleister Black and Ricochet.

Consequently, the latter team is also scheduled to fight for the SmackDown Tag-Team Championship on Sunday at WrestleMania 35.

Thus, it is a no brainer that the Raiders would retain.

Will the historic UK Championship reign come to an end?

Pete Dunne is already in the history books as he is the longest-reigning UK Champion to date.

Having been the champion for more than 680 days, Dunne will look to continue this historic reign.

However, his challenger Walter is a force to reckon with and he would leave no stone unturned to end Dunne's historic reign.

Will the Dream last long?

After clinching the NXT North American Championship a few months back, the Velveteen Dream is living the greatest dream.

However, Matt Riddle's emergence as the new challenger for his title has put his dream in jeopardy. 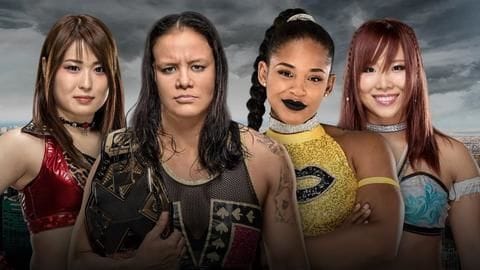 Odds would be stacked against Shayna Baszler's favor when she takes on Io Shirai, Kairi Sane and Bianca Belair for the Championship in a Fatal-4-Way match.

It is being rumored that Baszler, along with her former UFC team-mates, is on her way to the main roster for a long-rumored feud with the four horsewomen.

Thus, she is likely to lose.

Is it finally Gargano's moment to shine?

Johnny Gargano has been involved in a brutal feud with his former partner Tommaso Ciampa.

However, with Ciampa being sidelined due to injury, Gargano would face The Undisputed Era's Adam Cole for the vacant NXT Championship.

Nonetheless, with Ciampa-Gargano feud far from being over, it would make sense for Gargano to win the Championship. Where to watch: WWE Network

Who was the last NXT champion?

The NXT championship was last held by Tommaso Ciampa.

WrestleMania 35 in on April 7.

When is Kairi Sane coming to the main roster?

There is no confirmation as to when Kairi would make her main roster debut.

Who is the longest reigning NXT champion to date?

Finn Bálor is the longest reigning NXT champion to date, having held the title for 292 days.