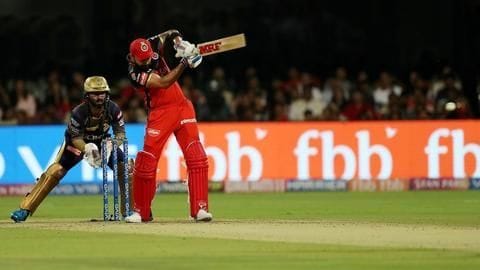 The Virat Kohli-led side lost against Kolkata Knight Riders at home.

In reply, KKR chased down the target with Andre Russell smashing a 13-ball 48*.

This is RCB's 16th total of 200-plus in the IPL. On 14 occasions, it has come while batting first and twice it has happened while chasing. Also, 12 of the 200-plus scores have now come in Bengaluru. This was RCB's maiden 200-plus total against KKR. 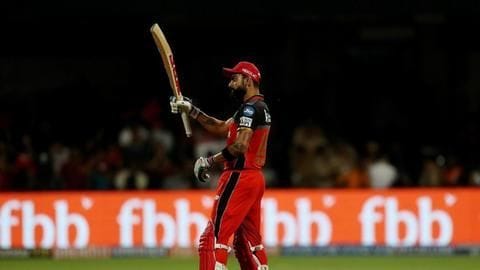 Kohli is now the leading run-scorer in the history of the IPL (5,110 runs).

He equalled Raina and is one short of Gautam Gambhir (36). 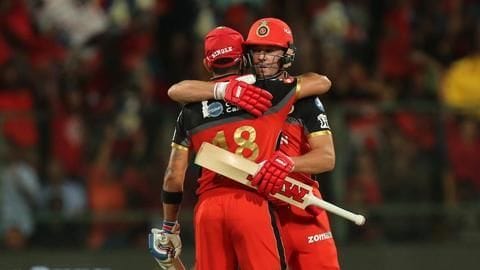 Kohli and Parthiv Patel amassed 64 runs for the opening wicket.

He is also just four hits away from registering 200 IPL sixes.

Kohli gets an IPL fifty after seven innings 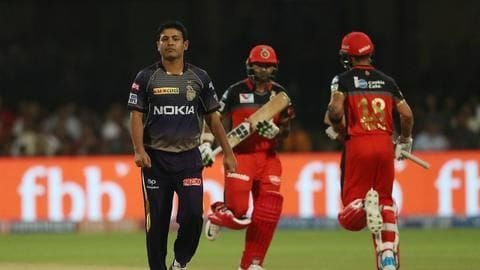 Kuldeep Yadav dismissed Kohli caught and bowled. This was the third occasion in the IPL where Kohli got out in this fashion.

Ashish Reddy for SRH (2013) and Dhawal Kulkarni for RR (2015), were the other two bowlers to dismiss Kohli like this.

Kohli got an IPL fifty after seven innings.

Nitish has five IPL wickets out of which three have come against RCB.

Kohli and his tryst with records 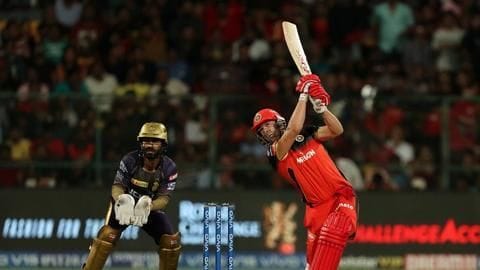 RCB maximized from the start on a flat batting deck.

After the early momentum, Kohli and ABD lit up Bengaluru with some magnificent batting display.

Kohli and ABD smashed 14 fours and six sixes between them.

Marcus Stoinis (28*) provided the acceleration at the death.

In reply, KKR had a strong start, but let-arm spinner Pawan Negi hit back.

Here is a list of Virat Kohli's most expensive assets