IPL 2019: Who is the MI pace sensation Alzarri Joseph? 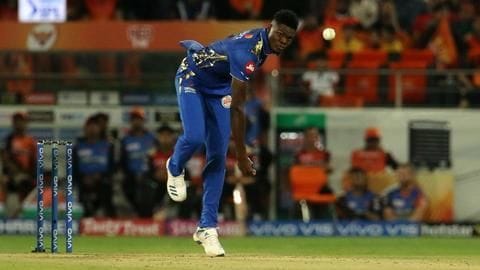 It was owing to his performance MI managed a 40-run win against Sunrisers Hyderabad, away from home, on Saturday.

With the world talking about his performance, many are wondering who is this wonderkid.

Here, we take a look at the young pacer and his achievements. 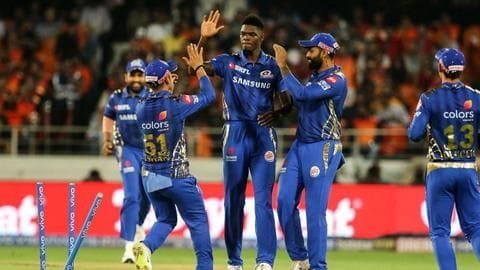 Joseph put up a commendable shift as he claimed 6/12 to tame SRH.

Chasing a total of 137, SRH succumbed to Joseph's bowling.

Batsmen like David Warner, Vijay Shankar and Deepak Hooda fell prey to him.

Among the tailenders, who became his victim, were Rashid Khan, Bhuvneshwar Kumar and Siddarth Kaul.

Joseph's spell the second-best in Asia

Alzarri Joseph's 6/12 @ Hyderabad is the second best bowling performance in a T20 match in Asia after Ajantha Mendis' 6/8 for Sri Lanka against Zimbabwe at Hambantota on 18 Sept 2012.
Joseph is the first West Indian to claim a 6-wkt haul in T20 cricket!#IPL2019#SRHvMI#IPL https://t.co/IxkNCPb7RK 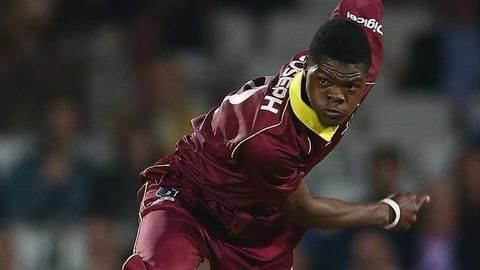 The young pacer hails from Antigua. He rose to fame when he claimed 7/46 against Windward Islands in 2015.

While he is coached by Winston Benjamin, Dale Steyn is his hero.

He won the U-19 World Cup for the Windies in 2016. Legends like Andy Roberts, Ian Bishop, Curtly Ambrose have hailed the pacer.

He has to date played nine Tests and 16 ODIs. 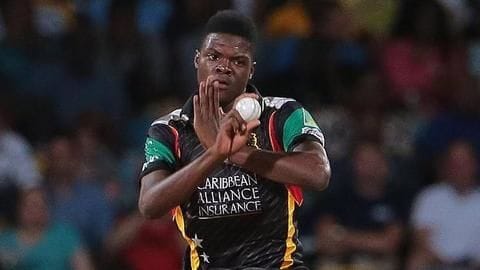 While Joseph might have had his dream IPL debut, he is still a star in the making in this format.

Despite making his first-class debut in 2014, he has to date played just eight T20s.

IPL 2019 could be the beginning of his prolific T20 career.

Joseph eyes further feats with MI, along with T20I debut As Joseph continues his IPL journey, he is sure to make another start for MI in the next game against Kings XI Punjab in Mumbai on Wednesday.

While he aims to continue with the same momentum and finish the IPL on a high, he would also be looking to cement his place in the Windies T20I squad for ICC World T20 next year.

Which team does Alzarri Joseph play for in CPL?

Which has been Joseph's fastest delivery to date?

Who is Joseph replacing in MI squad?

Joseph has replaced Adam Milne in MI for IPL 2019.

Windies are yet to announce the squad for World Cup 2019.