The IPL 2019 has almost reached the half-way mark.

The match number 27 is going to be a clash of the titans, as Mumbai Indians take on Rajasthan Royals at the Wankhede Stadium in Mumbai on Saturday.

While Mumbai aim to rise to the second spot, Rajasthan would look to improve their chances of making into play-offs.

Here we present the match preview. Mumbai are coming off a convincing, but a thrilling last ball win over Kings XI Punjab in Mohali. They edged past them by three wickets.

Rajasthan, on the other hand, suffered heartbreak when they lost to defending champions Chennai Super Kings, by four wickets in another last ball finish.

Given Mumbai would enjoy home advantage today, they enter as clear favorites.

Ben Stokes, Kieron Pollard among men to watch out for 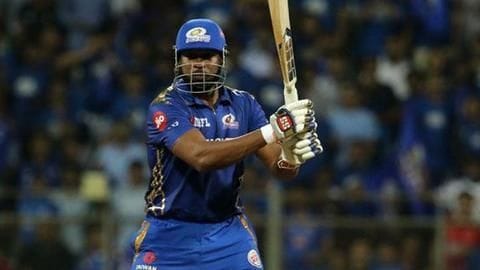 As for the players who are likely to make an impact, Rajasthan's Ben Stokes has been in fine form all-around.

However, his final over howler in the last tie has surely raised eyebrows.

For Mumbai, stand-in skipper Kieron Pollard would be watched out for, following his prolific innings of 83 in the last match. Considering the head-to-head ties between the sides, it has been more-or-less close.

In 19 IPL matches, Mumbai have 10 wins, while Rajasthan have eight.

17 matches have been played in India, as Mumbai have won 10.

In Mumbai, out of eight matches, six have been won by Mumbai, while Rajasthan have pocketed just two.

Thus, Mumbai have the edge playing at home.

A high-scoring track awaits at Wankhede 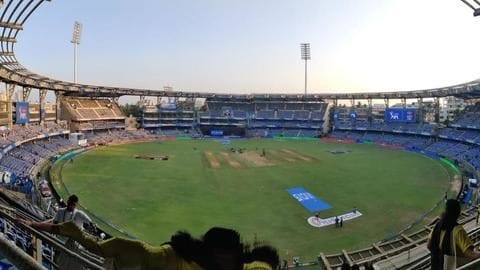 The Wankhede track is typically known to assist batsman, and we have seen the same story this term as well.

An average score of 180 plus has been par on this track so far this season.

In the last tie, Mumbai chased down a target of 198 at Wankhede and in the same light, the team winning the toss might decide to bowl first. What is the head to head record between RR and MI in IPL matches since 2008?

Since 2008, the sides have played 20 IPL matches against each other, with RR winning nine and MI winning 10, while one match was abandoned.

Under whose captaincy have MI won their IPL titles?

MI have won all their IPL titles under the leadership of Rohit Sharma.

Who was MI's first skipper?

Who is Rajasthan's coach this season?

Rajasthan are being coached by Paddy Upton in IPL 2019.