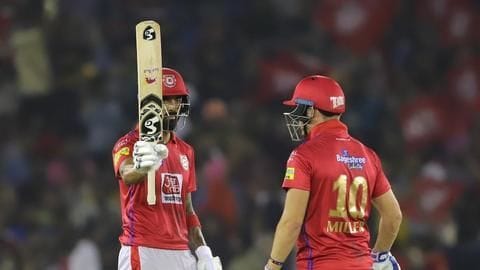 Batting first, KL Rahul led the way for KXIP as the hosts managed to score 182/6.

RR started well in their pursuit of 183 but KXIP bowlers sealed the match. KL Rahul smashed his fourth fifty this season and now has 387 runs.

The veteran southpaw hit three sixes to take his tally to 26 for the season. Jofra Archer (3/15) continued his fine form with the ball for RR.

He now has 10 scalps this season and equalled the likes of Deepak Chahar and Mohammed Shami.

Archer also notched his career best figures in the IPL.

R Ashwin now has 121 career IPL wickets. The spinner has 11 scalps this season. RR batsman Rahul Tripathi smashed his maiden fifty in IPL 12. He now has four career IPL fifties to his name. This was his second for RR. Punjab rode on a show by the top-order batsmen.

Rahul and Miller shared a crucial 85-run stand to lay a strong foundation.

After their dismissal, KXIP lost wickets, but R Ashwin (17*) provided a late cameo to help KXIP get past 180.

In reply, Tripathi played a solid hand, before KXIP hit back to snatch away the victory and complete the double over RR.

Ravichandran Ashwin set to be retained by KXIP: Details here

Anil Kumble in contention to be KXIP head coach: Report