Former WWE and Universal Champion Roman Reigns made a surprise move to SmackDown during the Superstar Shakeup, last week.

However, his move was clouded with controversy after he attacked WWE Chairman, Vince McMahon.

Having clashed earlier as well, things had gone his way the last time.

But will Vince let it go easily this time?

Here we analyze the consequences Reigns could possibly face.

Reigns could get arrested

A likely scenario is that Reigns would get arrested for attacking Vince.

It almost happened, a few years back, when Reigns had confronted Vince.

However, he got lucky at that time, and it was instead Vince, who got arrested for putting his hands on a law-enforcement officer, before being released later that night.

Will Reigns get lucky the second time?

Reigns could be suspended 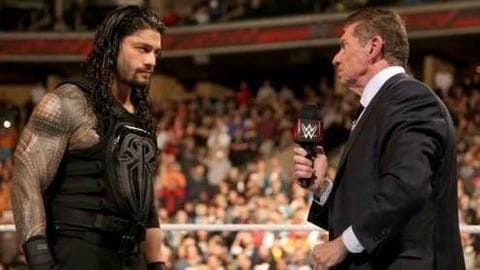 In another scenario, it is likely that Vince could suspend Reigns.

However, over the years, it has been seen that suspended superstars continue to make appearances in the crowd, by carrying a valid ticket.

If Reigns gets suspended, he could follow the same strategy. He could sneak into the ring and get himself involved in a brawl before being ejected.

Reigns could get fired

In one of the most interesting outcomes, post this brawl, it could be possible that Vince ends up firing Reigns.

Notably, it is unlikely he would do it just because he can, but rather there would be stipulations prior to it.

Vince could put Reigns in a couple of matches, where if he fails to come out on top, Vince would say 'YOU'RE FIRED!'

Reigns could feud with Elias or multiple superstars 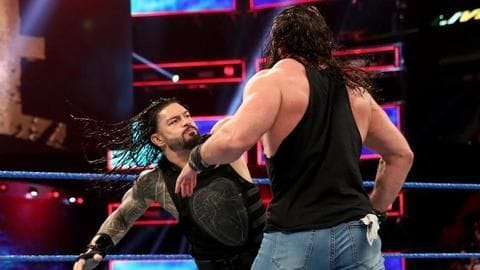 The most likely scenario we predict is that he would be put into a match against Elias on SmackDown this Tuesday.

While it seems like an easy match for Reigns, there would be some twist to it.

Vince could make it a handicap or two out of three falls match, or even add further stipulations, stacking the odds against the wrestler's favor.

No World Championship opportunity until Saudi Arabia PPV or SummerSlam Without a doubt, Reigns would most certainly be eyeing the World Championship after he relinquished the Universal Championship, last year due to Leukemia.

However, this unprovoked attack on Vince might led to Reigns squandering the opportunity, at least until the upcoming pay-per-view in Saudi Arabia, or SummerSlam.

Further, Reigns could also be barred from participating in the Money in the Bank pay-per-view next month.

How many times has Reigns won the world championship?

Reigns is a three-time world champion.

How many times has Reigns won the universal championship?

Reigns is a one-time universal champion.

When did Reigns win his first world championship?

Who did Reigns defeat to win the universal championship?