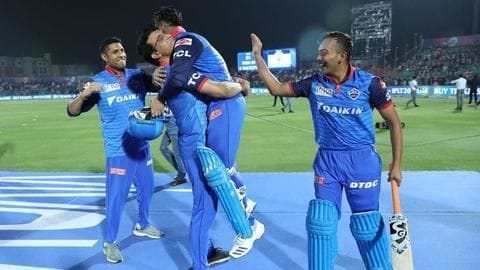 The explosive wicket-keeper batsman of Delhi Capitals, Rishabh Pant played a pivotal role in their win over former champions Rajasthan Royals on Monday.

It was his unbeaten knock of 78 that allowed Delhi to climb to the top of the IPL 2019 table.

Following his innings, Delhi's consultant Sourav Ganguly praised the young batsman, as he said, "You are wow."

Ajinkya Rahane's ton in vain as Pant steals the show 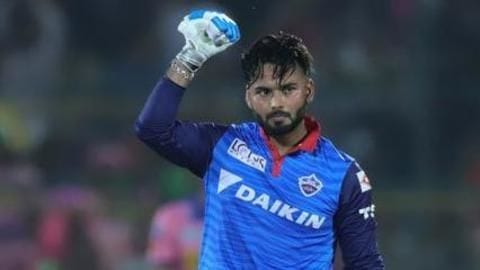 Being put into bat first, Rajasthan opener Ajinkya Rahane scored an unbeaten 105, as they put up a challenging total of 191/6, while Kagiso Rabada claimed 2/37.

In reply, it was opener Shikhar Dhawan's brilliant 54, followed by Rishabh Pant's 36-ball unbeaten 78, that allowed Delhi to outsmart the former champions by six wickets, with just four balls to spare. 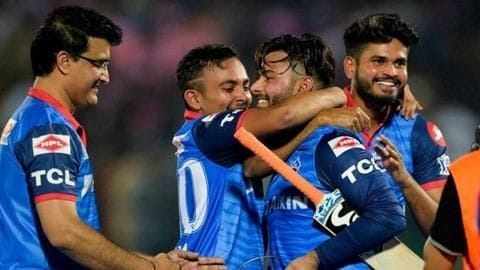 Following Pant's prolific innings, Ganguly was overjoyed by the youngster's performance as he lifted him up in an expression of love and celebration.

After the incident, Pant said, "After I finished off the match and coming out, everyone was showering so much love. It felt special when Sourav sir lifted me, it was a different experience."

Speaking further, Pant added, "We talk about finishing these big games for the team, and when we do it, feels really special. It's a great feeling, especially the fact that I was with you (Shaw) in the middle, I knew we would finish it." 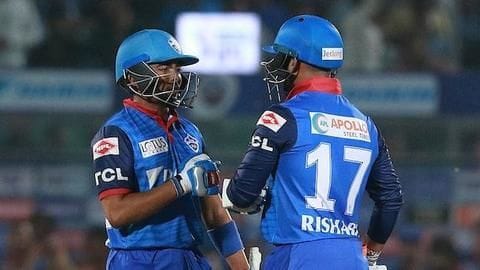 Following their heroic win over Rajasthan, that took them to the top spot, Delhi, along with Pant, would now aim to survive the final three hurdles ahead.

A win in two of the three would most likely seal their play-offs spot.

Meanwhile, Pant would also aim to deliver in these matches to stand a chance for the last-minute addition into the World Cup squad.

Have Delhi ever won the IPL?

No, Delhi are yet to win the IPL to date.

Has Ganguly managed any other side before in IPL?

No, DC is Ganguly's first managerial role in IPL.

No, Ganguly is Delhi's batting consultant, while Ricky Ponting is the coach.

Did Ganguly ever win the IPL?

No, Ganguly never won the IPL as a player.

Here is the review of DC's IPL 2019 campaign