World Cup: Australia are expecting a hostile reception, here's why 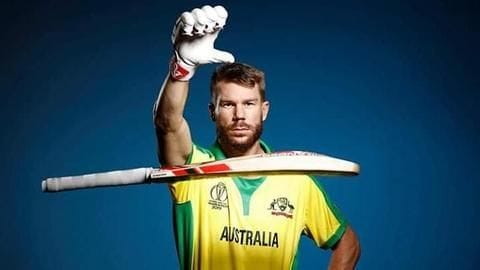 Australian cricketers are expecting a hostile reception on English soil, when they start the World Cup campaign next month.

The Aussies have already received a taste of the wrath as the informal English fan club, Barmy Army recently trolled them by putting up doctored images of the cricketers.

Post the World Cup, Australia are set to play Ashes, away from home.

What did the Barmy Army do? 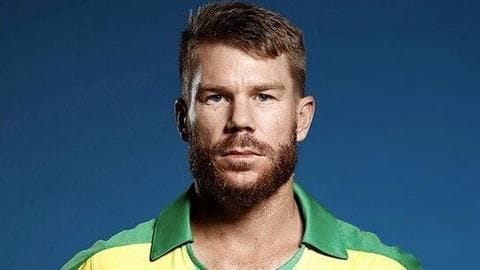 England's fiery Barmy Army supporters got the ball rolling on Twitter with a brutal pot shot.

The supporters doctored an image of David Warner's official 2019 World Cup player portrait, replacing 'Australia' on the front of his shirt with the word 'Cheats'.

The reason behind the same and what does it signify? 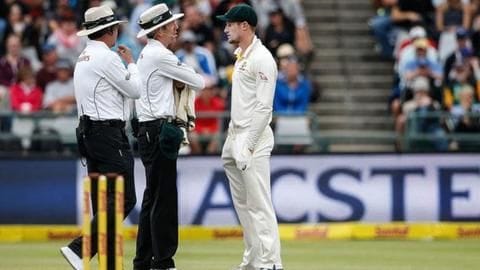 The Barmy Army's tweet signifies that this is just the beginning and there could be more attacks, the moment Aussies land in England.

Warner, Steve Smith and Cameron Bancroft were banned by Cricket Australia, in 2018, for their involvement in the ball-tampering scandal in Cape Town.

They used sandpaper to alter the ball.

Barmy Army clearly hasn't moved on from this incident.

What do you need to know about the Barmy Army? 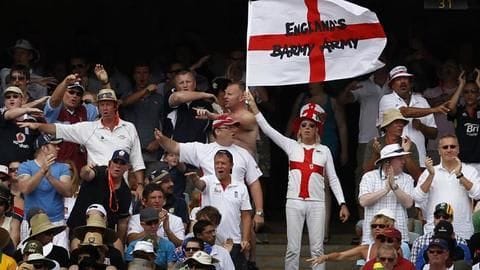 Barmy Army is a semi-organized group of English fans.

It arranges touring parties for the group's members so that they can watch cricket matches.

Followers of the team, who join the crowd on match days, are also associated with this group.

The name was given to them by the Australian media during 1994-95 Ashes series.

Paul Burnham is the co-founder of the group. From chants, songs, banners and flags, the group encourages the fans to support the England cricket team. The group also does charity work.

But the supporters get really hostile by orchestrating personal attacks as well.

They write lyrics and chant songs to target Aussie players especially during the Ashes.

We're ready for it, Aussie coach Langer on Barmy Army

"We're ready for it. If we're under siege the second we get off the plane, we're ready. The World Cup might be a bit different to start off, but certainly once the Ashes kicks off there will be plenty of commentary," Justin Langer said.

Smith, Warner in focus as CA feels behavior has improved All eyes will be on Warner and Smith during the World Cup.

The two cricketers are set to feature post their 12-month ban.

Both these star cricketers were recently seen in the Indian Premier League (IPL) 2019 season.

CA Chairman Earl Eddings is happy with the current atmosphere.

He feels that the players have certainly embraced the spirit since the scandal last year.

What has the Barmy Army done?

The Barmy Army has trolled Australia by doctoring David Warner's image on Twitter as 'cheats'.

Why did the Barmy Army do this?

The Barmy Army supporters did this in relation to the ball-tampering scandal in which Warner was involved in 2018.

Who is the Barmy Army?

Barmy Army is a semi-organized group of English fans. It arranges touring parties for the group's members so that they can watch cricket overseas. Followers of the team, who join the crowd on match days, are also associated with this group.

What has Australian coach Justin Langer said regarding the expected hostility?