This is what Guardiola said post City's FA Cup triumph 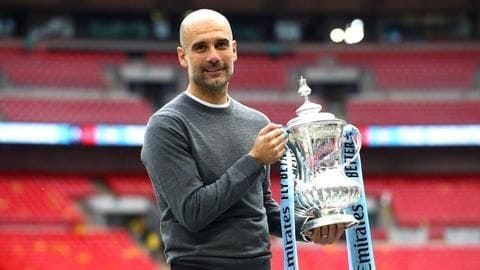 This is Guardiola's sixth silverware with the club in his three-year reign so far.

Following the win, Guardiola hailed the players of City for their dedication and hard work. 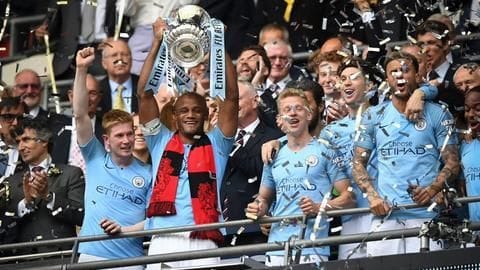 City came up with another clinical performance to trounce Watford 6-0 to claim their sixth FA Cup title win and the second under Guardiola.

Kevin De Bruyne too played his part by scoring, while Raheem Sterling's brace during the closing stages sealed an emphatic win for City.

Players are the reason why we have won these titles

"It was an incredible final for us and we have finished an incredible year. To all the people at the club a big congratulations, especially the players because they are the reason why we have won these titles," he was quoted as saying to BBC. 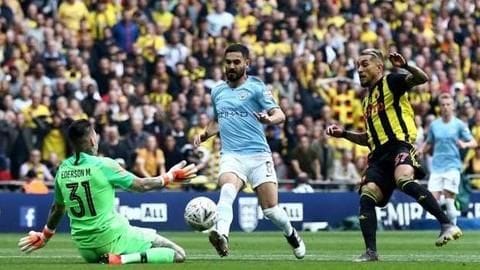 While City managed to rout Watford 6-0, their night could have possibly taken a different turn had Watford got the opener.

It was in the 11th minute when Roberto Pereyra, who broke free of the defense, was clear, only to see his shot being heroically saved by goal-keeper Ederson.

"Ederson saved us at a key point at the beginning of the game," he said.

Guardiola promises to become even better next season 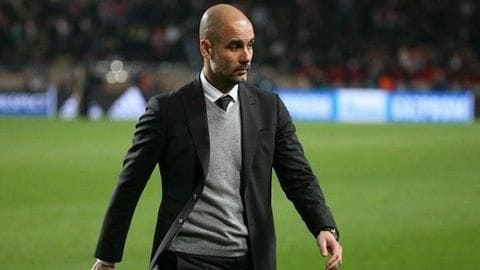 It is no secret that Guardiola loves to win and has himself admitted that he is addicted to winning.

Despite having a triumphal season, Guardiola feels that there is a lot they could still improve upon, besides promising that they would become even better next season.

"We have to, always you can improve. There is no sense to stay still," he voiced. 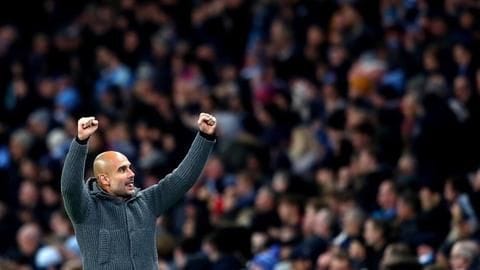 As Guardiola continues his run at City, he keeps scripting new records.

Guardiola: A manager City would hate to lose 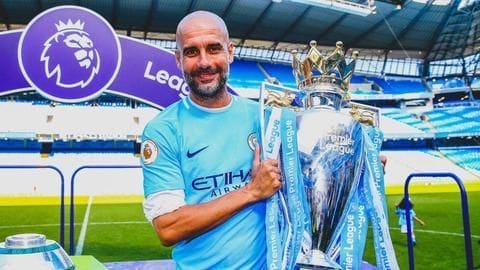 Guardiola has been City's guardian angel ever since he joined them.

While he was not an overnight success at City, his team's gameplay has improved with each passing season.

The author feels it is only a matter of time before City lay their hands on the Champions League.

City would want Guardiola to be at the helm for at least a couple of years. 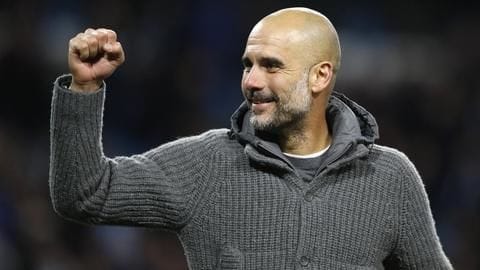 As Guardiola has made a name for himself at the club as one of their most successful managers to date, the only trophy missing from their cabinet is the Champions League title.

Having come close this season, they fell short in the quarters to rivals Tottenham Hotspur.

However, they would leave no stone unturned to avenge it next season, as Guardiola has already promised.

Which was Guardiola's first title at Manchester City?

Guardiola's first title at Manchester City was League Cup in 2017-18.

How many titles has Guardiola won as manager?

Guardiola has won 28 titles as manager.

How many UCL titles has Guardiola won?

Which club did Guardiola mange prior to Manchester City?