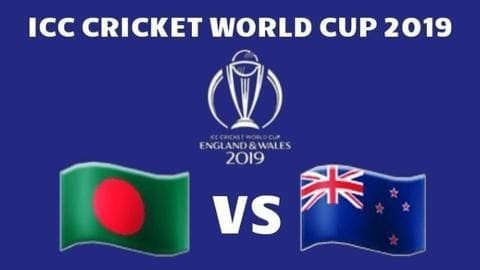 The ICC World Cup 2019 is underway in full swing, as Bangladesh prepare to take on New Zealand in match number nine at the Kennington Oval in London on Wednesday.

While Bangladesh are coming off a memorable win over South Africa, New Zealand routed Sri Lanka, and both teams would look to make a statement once again.

Meanwhile, we present the match preview.

Both teams off to a winning start 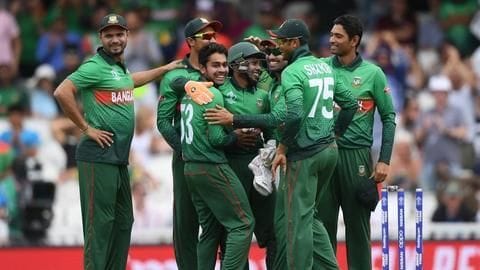 New Zealand triumphed Sri Lanka by 10 wickets as they were awarded two points for it.

Bangladesh, on the other hand, edged past South Africa by 21 runs in a high-scoring encounter, as the former also registered their highest ODI total.

Mushfiqur Rahim and Martin Guptill among men to watch out 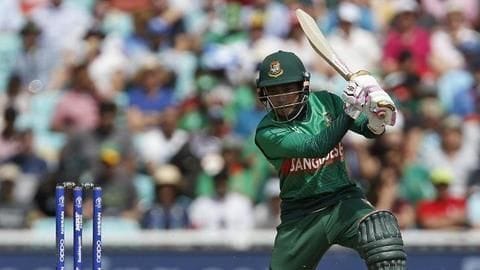 As for the players, Bangladesh would be relying on the services of wicket-keeper batsman Mushfiqur Rahim, who was in fine form in the last match.

Further, Mustafizur Rahman has always been their key player.

For New Zealand, they would once again look upto opener Martin Guptill, who has a love for performing in the World Cup. 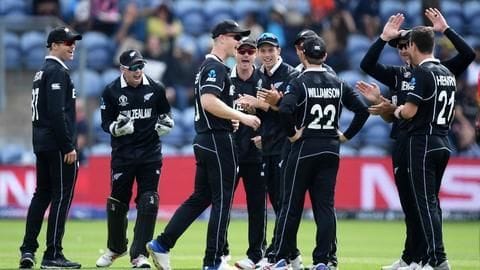 Considering their World Cup meetings, both the teams have met four times, with New Zealand winning all of them.

They have clashed only once in England, with New Zealand winning again.

As of now, there have been 34 ODIs to date between the sides, with Bangladesh scripting 10 wins, while New Zealand have pocketed 24 matches.

High-scoring track awaits at The Oval 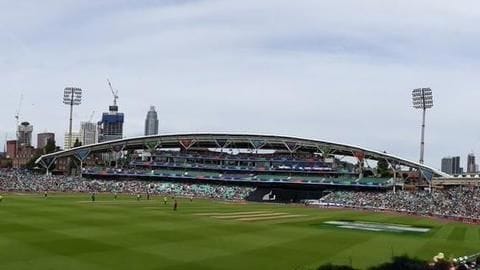 As of now, The Oval has witnessed two matches in this World Cup, with both being high-scoring ones.

Therefore, chances are that it won't be any different in this tie.

Moreover, the teams batting first have won both the ties.

Thus, the team winning the toss is likely to bat first, put runs on the board and put the chasing side under pressure.

Here's the predicted XI for both the sides 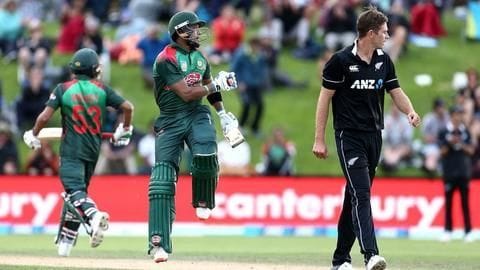 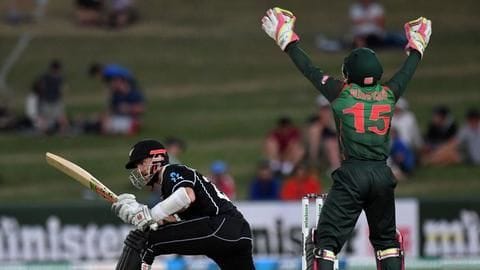 Where to watch (TV): Star Sports 1, Select 1 and other regional languages channels of Star Sports.

New Zealand are yet to win the World Cup to date?

What has been New Zealand's best World Cup performance?

New Zealand finished as the runners-up in the 2015 World Cup.

Have Bangladesh ever won the World Cup?

No, Bangladesh are yet to win the World Cup to date.

Bangladesh were knocked out by India in the quarters of the 2015 World Cup.