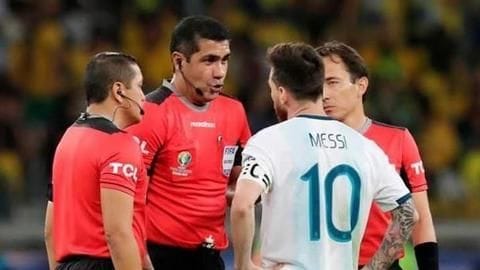 Former Copa America champions Argentina were knocked out of the ongoing tournament on Monday by arch-rivals Brazil.

Post the match, Argentina have reportedly filed a complaint with CONMEBOL over the referring standards during the game.

They were also unhappy over the fact that the VAR too wasn't properly used, which could have been a turning point in the game. 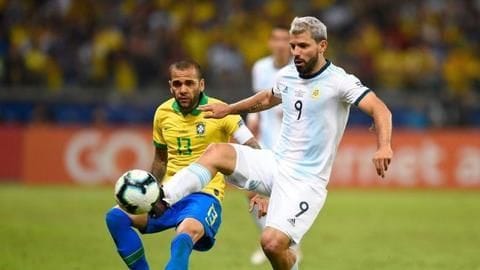 As per reports, Argentina have filed a six-page complaint against referee Roddy Zambrano, where they have accused him of substandard referring, which "clearly harmed" them.

They complained that they were denied a penalty following a foul on Sergio Aguero inside the box, as Brazil scored the winner the very next minute.

Replays did give a hint that Aguero was indeed fouled inside the box. 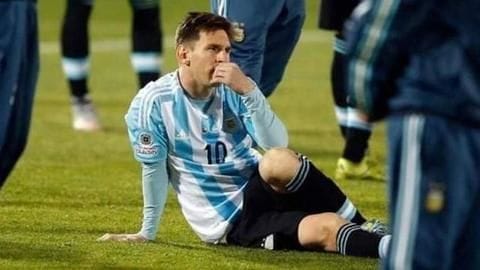 The situation was first brought to light by Argentine superstar Lionel Messi, who blasted the referee following the game.

He said that while the officiating was crazy, besides the foul, the referee always gave the decisions in favor of Brazil.

"It's not an excuse but the truth is that. In this Copa, they kept on blowing for stupid things, for handballs, penalties," he added. 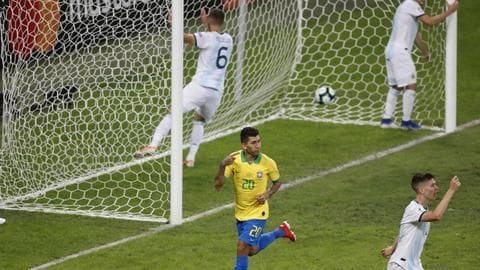 Brazil showed their class, besides taking full advantage of the alleged referring howler, as they outplayed Argentina 2-0 to reach the final of the tournament for the first time since 2007.

While Brazil looked great from the start, Argentina were lackluster as they succumbed to the intense pressure put by the hosts.

When did Argentina last win the Copa America?

How many times have Argentina won the Copa America?

How old is Lionel Messi?

How many times have Brazil won the Copa America?

Brazil have won the Copa America on eight occasions.