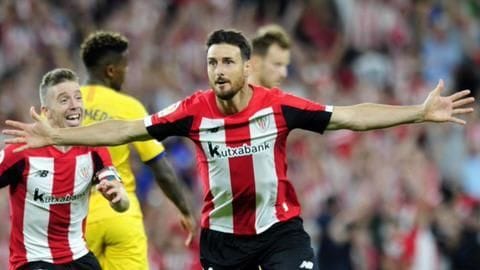 Defending champions Barcelona were off to a shocking start as they succumbed to a 0-1 defeat at the hands of Athletic Bilbao on Friday.

Substitute Aritz Aduriz was the star of the game as it was his sole, but prolific, strike that allowed Bilbao to stun the defending champions, who were without superstar Lionel Messi.

Here is the match report.

Three chances do not see the deadlock break 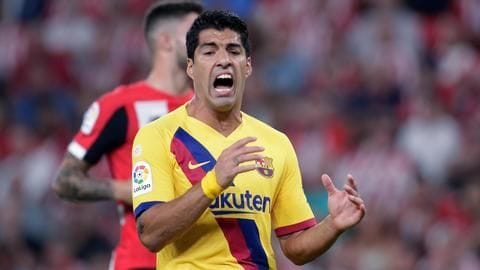 After a chanceless opening quarter, the second quarter saw the opening attack from Barca, as Luis Suarez smashed the post in the 32nd minute.

Four minutes later, Bilbao too had a close chance, only for Barca keeper Marc-André ter Stegen to deny the hosts.

The 42nd minute saw Rafinha come up with another chance, only to be denied by Unai Simón's fingertip save.

Following the half-time, there was nothing else to separate the teams again, as both sides maintained their composure. However, there were a couple of rough moments as Gerard Pique and Unai Nunez were booked for fouling Raul Garcia and Ivan Rakitić, respectively. The moment came in the 89th minute when Aduriz, who came onto the field as a substitute less than a minute ago, and an excellent overhead kick allowed the veteran to have his moment in his final season.

The very next minute saw Clément Lenglet almost level for Barca, only to be tipped over the bar by Simon as Bilbao win.

Aduriz breaks his own record as @Athletic_en's oldest all-time goalscorer.

Only he and Leo Messi have scored in 15 consecutive #LaLigaSantander seasons.

Sometimes football can be so beautiful: Aduriz

"Sometimes football can be so beautiful. It will be impossible not to miss this but everything has a beginning and an end. I am incredibly grateful to be able to choose this ending," Aduriz was quoted as saying following the match.

Barca look to gather themselves back as Bilbao ride high 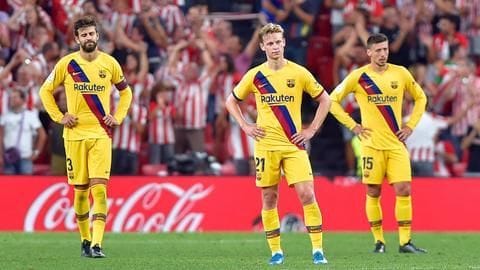 Pique was visibly disappointed with the performance as he said, "The competition has put us in our place. We were not us."

Meanwhile, Barca would look to gather themselves back again when they take on Real Betis at home, next Sunday, with Messi likely to feature in.

Suarez to undergo tests to determine his muscle injury

❗@LuisSuarez9 has a muscle injury in his right leg. He will have more tests tomorrow to determine the exact extent of the injury. pic.twitter.com/Yn1PkLKaii

How many La Liga titles have Barcelona won?

Who is Barcelona's all-time top scorer?

How old is Aritz Aduriz?

Has Aduriz ever played for Spain?

Aduriz has played 13 games for Spain, and scored two goals.