Ganguly has a sound advice for MS Dhoni: Details here 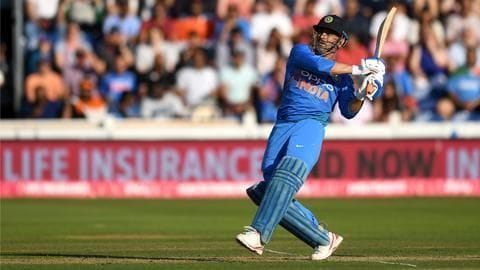 MS Dhoni is continuously in the headlines with speculations regarding his future.

The Indian cricketer hasn't yet taken a decision regarding his retirement.

Dhoni was last seen during the ICC World Cup 2019.

Former Indian cricket team captain Sourav Ganguly feels that Dhoni should decide himself if he can win matches for Team India.

Speculation surrounding Dhoni has gone on since awhile 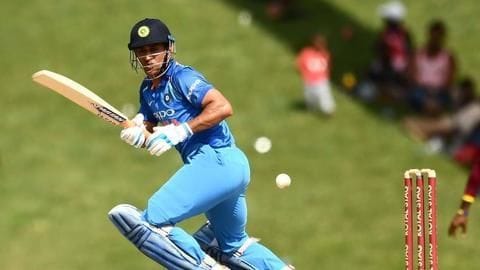 Dhoni's retirement from cricket has been speculated ever since the 2018 tour of England.

Earlier, reports stated that one could see the World Cup be Dhoni's last outing for India.

However, Dhoni didn't take any such stance.

He decided to skip India's tour of West Indies in July 2019.

It was reported that MSD would help Team India in a smooth transition instead.

Dhoni had decided to take a break to serve Army Dhoni took a two-month sabbatical from the sport in order to be a part of the Territorial Army unit of the Parachute Regiment.

MSD served in the Kashmir Valley as part of Victor Force for a period of two weeks.

The 38-year-old had undergone patrol and guard duties in Kashmir, where his battalion was posted.

He was also at Leh district.

One could see Dhoni in the upcoming T20Is against SA 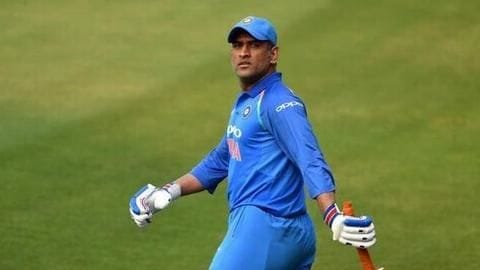 It is expected that the veteran wicket-keeper batsman could be available for the upcoming T20Is against South Africa next month.

At the moment, nobody knows what's going to be the next step of MSD.

It remains to be seen how he goes about his decision-making.

Ganguly felt that Dhoni should evaluate his position at the moment.

Dhoni has to decide if he can win matches: Dada

"He (MS Dhoni) is at that stage of his career where he has to evaluate where he stands. He has to decide if he can win matches for India. If he can continue to contribute like MS Dhoni, not someone else," Ganguly told India Today.

There will be expectations from MS Dhoni: Ganguly Dada was right in pointing out the fact that there will be expectations from Dhoni as long as he continues to play.

With a player of his calibre, he will be expected to win matches.

"There will be expectations that they will play like in this way and win matches in this fashion. I think Dhoni has to make this decision," added Ganguly.

What has Ganguly said about MS Dhoni?

Ganguly stated, "He (MS Dhoni) is at that stage of his career where he has to evaluate where he stands. He has to decide if he can win matches for India. If he can continue to contribute like MS Dhoni, not someone else."

Will Dhoni be a part of the Indian team to face South Africa in T20Is next month?

It remains to be seen how Dhoni's future pans out.

Who is touted to take over from Dhoni in Team India?

Rishabh Pant is touted to take over from Dhoni in Team India.

He last featured in the 2019 World Cup for India.

We will deal with day-night Tests, says Sourav Ganguly