Australian batsman Steve Smith scored his 27th fifty on Day 2 of the fifth and final Test of The Ashes 2019 at The Oval in London on Friday.

Following the half-century, he went on to score 80, before being dismissed.

Smith has amassed 751 runs in this series.

On the same note, we have a look at his records following this. 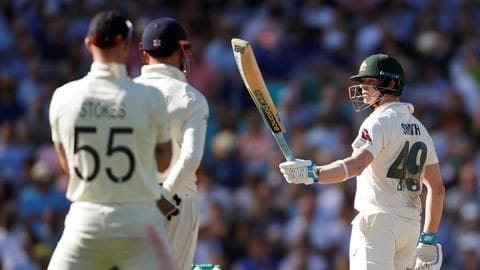 Speaking on his half-century that he scored prior to scoring the 751 runs, it was also the 27th of his career, which comes in 123 innings in 68 matches.

Incidentally, it was also his 10th consecutive fifty-plus score in The Ashes, as he also became the first batsman to achieve the feat against a side in the history of Test cricket. With this score of 80, Smith continued to pile on the runs.

In the process, he has achieved another unique feat, as he became the third batsman to score 750-plus runs in a series, having played six or fewer innings.

He joins the likes of fellow Australian legend Don Bradman, along with English legend Graham Gooch.

Third most 750+ runs in a Test series 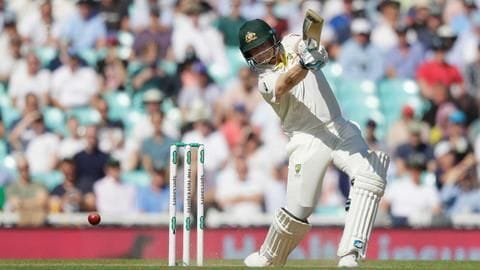 Smith made another record after after getting to the feat of 751 runs in the series, as he became the third batsman to do so on multiple occasions.

The record for the same lies with Bradman, who has done it on four occasions.

Smith beats Bradman with this feat While Smith himself might have not realized this, but he has actually beaten Bradman in this unique feat.

Smith has scored the most runs in 10 successive Ashes innings.

The highest scorer in each six innings of Ashes 2019

Steven Smith has played six innings in #Ashes2019 and he has been the highest scorer in each of the six innings. 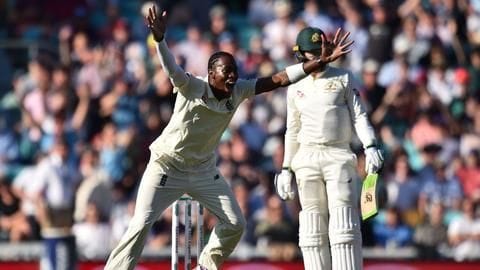 Winning the toss, Australian skipper Tim Paine decided to bowl first, as England were bowled out for 294, courtesy Mitchell Mash's 5/46.

Australia, however, despite Smith's healthy knock of 80, could only manage 225, as Jofra Archer rattled the Aussie batting order and claimed 6/62.

How old is Steve Smith?

How many double hundred does Smith have in his Test career?

Smith has three double hundreds in his Test career to date.

When did Smith make his Test debut?

How much does Smith averages in Tests?

Steve Smith is unhappy despite record-breaking Ashes: Here's why