WWE: These are the superstars Vince McMahon regrets firing WWE is the king of pro-wrestling and it has attained this position due to its pool of superstars, who put their bodies on line every week to deliver the best show.

However, not all superstars share a healthy relationship with Chairman Vince McMahon, as he has ended up firing some superstars.

On the same note, we look at five stars whom McMahon regrets firing.

It's ridiculous to fire The Best in the World The first name that would come to anyone's mind is CM Punk, who was fired following a fallout with McMahon.

What made it even worse was that he got fired on his wedding day, as Punk revealed and sued WWE after pitting multiple allegations against the promotion.

A nightmare decision to fire The American Nightmare Cody Rhodes is one of the most talented wrestlers in the pro-wrestling world.

While he did have a decent time in WWE, the promotion decided to push other superstars and bury him, which led to a fallout as he was eventually fired.

However, it backfired as Cody has gained immense success in the independent circuit ever since, and is now a part of AEW.

Costly affair to fire The Greatest Man That Ever Lived Austin Aries was being touted a promising superstar following his WWE NXT debut in 2016.

He was having a good run, and he even won the NXT Championship.

However, due to an eye injury, he was buried and subsequently released in 2017.

Following the release, he has won multiple championships with multiple promotions.

What about the Queen of Cats Gail Kim was one of the most under-rated female superstars in WWE.

While Gail herself was aware of her potential, Vince wasn't as she was used in boring storylines initially (2002-04).

While she did manage to win the Women's Championship after she had re-signed with the company in 2008, she was gradually pushed down again.

Another big mistake by McMahon.

A clear mistake to let go of the Cleaner 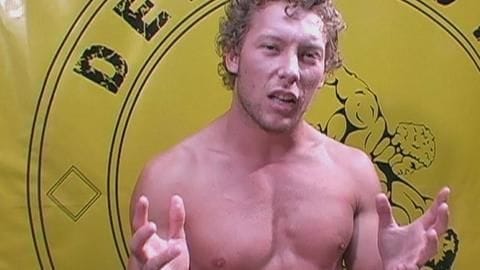 The most shocking firing in Vince's entire life would be of Kenny Omega.

While he was signed in WWE's developmental territory in 2005, he requested for his release within a year. He was subsequently fired, as he was unhappy with the promoters and trainers.

But, what followed was shocking as Omega went on to enjoy immense success, especially in NJPW.

How old is Vince McMahon?

Where is Kenny Omega now?

Omega is currently signed to AEW.

Where is Gail Kim now?

Where is Austin Aries now?