Let Rohit enjoy his batting atop in Tests, says Kohli 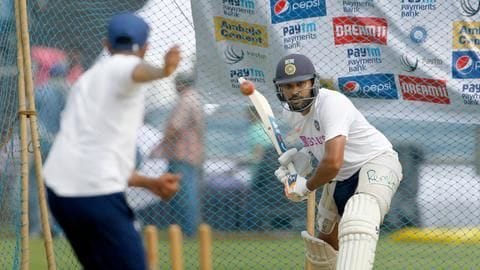 Indian cricket team captain Virat Kohli has said one should let Rohit Sharma enjoy his batting as an opener in Test cricket.

The 32-year-old debuted as an opener in the first Test match against South Africa and scored two successive tons.

Rohit, who is a celebrated limited-overs opener, played well and used all his experience.

A lot of focus has been on Rohit of late 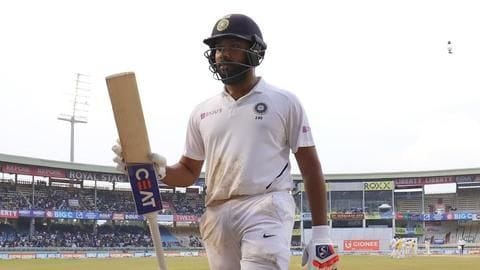 There is a lot of anticipation about how Rohit goes about his business in Test cricket.

He has had enormous success in limited-overs and has set a prime example.

But now since he has done well in his debut Test as an opener, Kohli has said Rohit should be left alone and as he is playing really well.

Come on give the guy a break now, says Kohli "Come on give the guy a break now. He has done well. Let him enjoy his batting at the top of the order. Let him have fun like he does in white-ball cricket. Stop focussing on what Rohit is going to do in Tests. He is in a great space. He is playing really well," said the Indian captain.

Kohli feels Rohit used all his experience in first Test After seeing Rohit's influence in the first Test, Kohli said it was all the experience that the former accumulated.

"He looked relaxed in the 1st Test which is a great thing. All the experience he has accumulated over the years came to the fore. He is feeling absolutely at home at the top of the order. For us, the team, it's a huge bonus."

Kohli on Rohit's ability to raise the tempo 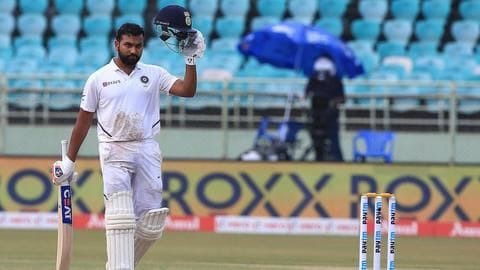 Kohli pointed out Rohit's delightful breezy knock in the second innings and said how it impacts India.

"If you see the way he played in the 2nd innings, the way he has the ability to take the the tempo of the game forward, that allows the bowlers to have an extra hour and a half of maybe 2 hours to bowl the opposition out."

Rohit showed his aggressive skills in the first Test

Rohit smashed a brilliant 176 in the first innings and then hit a breezy 127 in the second. When India needed those quick runs, Rohit stood up like a rock and delivered. He smashed 13 sixes in a Test where many records were slammed.