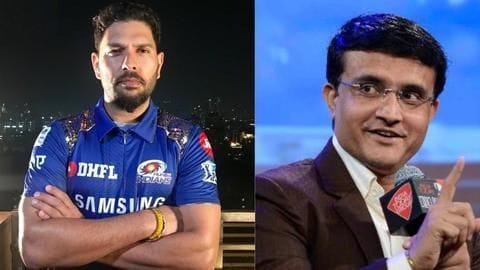 Legend Sourav Ganguly grabbed headlines after he was unanimously elected to head the Board of Control for Cricket in India as its President.

The move has drawn praise from the entire Indian cricketing fraternity, and many believe that it should have happened sooner.

Meanwhile, ex-Indian swash-buckling batsman Yuvraj Singh cheekily said that he wished Dada was the Chief when Yo-Yo test was in demand. Yuvraj took to Twitter to wish Ganguly on his new journey as the BCCI President.

He stated that he would be able to understand players and interact with them from a player's point of view.

Meanwhile, he also joked about Ganguly's election and said that he should have been at the helm of the BCCI while the Yo-Yo Test was in demand.

Yuvi wishes Ganguly on his new journey ahead

Greater the man greatest the journey! Frm IndianCaptain to @BCCI president.Think it will b a gr8 insight 4 a cricketer to be an administrator make others understand admin frm a players point of view Wish u were d president while d yoyo was in demand😂good luck dadi👊@SGanguly99

Yuvraj was vocal about being dropped despite clearing Yo-Yo 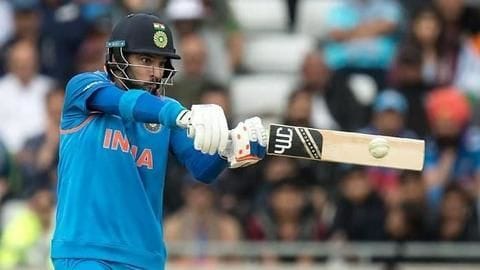 It was last month when Yuvi had made a bold claim that he was dropped from the Indian team despite clearing the Yo-Yo Test. Notably, he was asked to play domestic cricket.

"Suddenly, I had to go back and prepare for the Yo-Yo test at the age of 36. Even after I cleared the test, I was told to play domestic cricket," he said.

Yuvi reckoned Yo-Yo Test was an excuse to drop him

"They actually thought that I wouldn't be able to clear the test due to my age. And that it would be easy to decline me afterwards...yeah you can say it was an exercise in making excuses," Yuvi had said last month. Here are some of the records held by Yuvraj:

He remains the only batsman to hit six sixes in T20Is.

He scored the fastest T20 half-century off just 12 balls during ICC World T20 2007 against England.

He is the first all-rounder to score more than 300 runs and claim 15 wickets in an edition of the World Cup.

How old is Yuvraj Singh?

When did Yuvi announce his retirement?

Yuvi announced his retirement in June 2019.

How many T20I runs has Yuvraj scored?

Which IPL team did Yuvi last play for?

Yuvi last played for Mumbai Indians (MI) in the IPL.