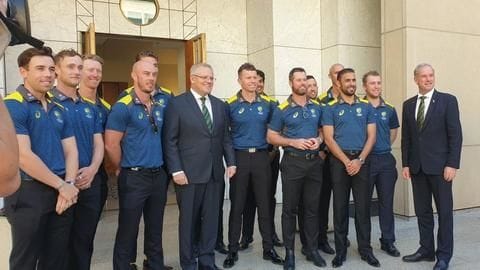 Australian Prime Minister Scott Morrison was seen carrying water for the players during a cricket match on Thursday.

The T20 match was played between Prime Minister's XI and the touring Sri Lankan team.

Morrison also had a stint on Fox Cricket's commentary team.

Fans get a glimpse of Morrison at the Manuka Oval 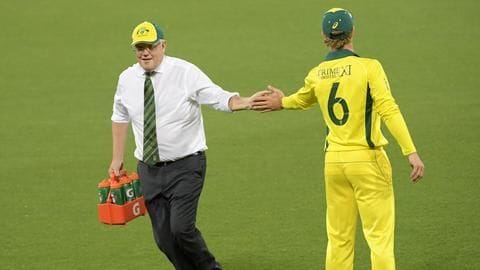 The crowd at the Manuka Oval got a glimpse of Morrison when he charged onto the paddock carrying the drinks following a Daniel Fallins wicket.

The cricketers were all in smiles seeing the PM on the field.

It's great to see the local Canberra crowd, says Morrison 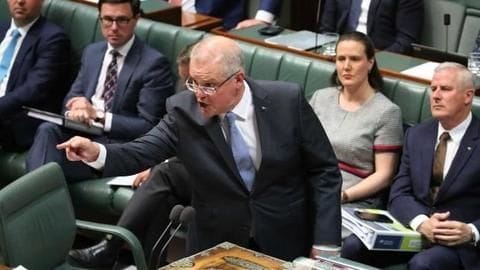 The Aussie PM had a great time during the match.

"It's great to see the local Canberra crowd ... oh there you go, that's a wicket," Morrison said during a stint on Fox Cricket's commentary team."

"They like their cricket here in Canberra. They'll have this and the Twenty20 international against Pakistan. [This game is] also about the relationship between the two countries."

"I'll get to the Sydney Test with 'Ooh Aah' Glenn McGrath, another great player that used to play for Sutherland," Morrison said. "We really enjoy supporting that event. What the McGrath Foundation does is just absolutely [fantastic]." 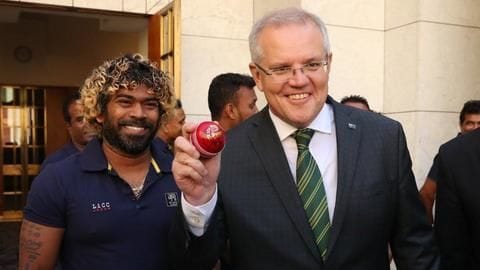 The Prime Minister's XI overcame Lanka by a wicket in a thrilling contest.

Oshada Fernando (38) was the top run-scorer.

The Lankans had Prime Minister's XI in trouble.

Australia have two crucial T20I series coming up. They take on Sri Lanka on Sunday with the first of three T20Is at the Adelaide.

The rest of the matches are set to follow in Brisbane (October 30) and Melbourne (November 1).

Post that, they will feature against Pakistan in another three-match series starting in Sydney on November 3.

'Accidental PM' releases in Pakistan, and Kher is being trolled