Mushfiqur Rahim not keen to keep in Tests anymore 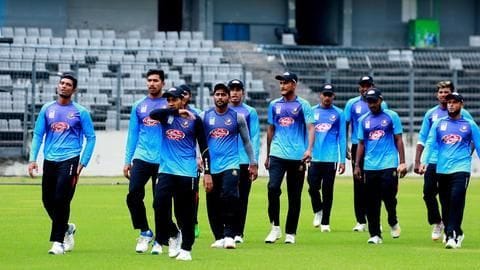 Bangladesh's veteran cricketer Mushfiqur Rahim has decided to give up his wicket-keeping duties in Test cricket to focus solely on batting and prolong his career.

The senior cricketer feels he has too much on his plate.

He has been representing Bangladesh in all three formats and continues to play in domestic T20 leagues.

I am not interested to keep wickets in Test: Rahim Mushfiqur highlighted things are getting overloaded for him in the game.

"I am not interested to keep wickets in Test. Now there are lots of games in the upcoming days and I play in all formats. Apart from international cricket, I play in DPL [Dhaka Premier League] and BPL [Bangladesh Premier League]. Considering everything, I think it is getting a bit overloaded," he said.

Rahim has informed Bangladesh coach about his decision

Mushfiqur has informed head coach Russell Domingo about his decision to quit wicket-keeping in the longest format of the game. Domingo has reportedly agreed after consulting other members of the team management. However, he is set to keep in limited-overs cricket as of now.

India to play Bangladesh in three T20Is and two Tests India will play Bangladesh in a three-match T20I series, starting November 3 in Delhi.

Post the T20I series, the two sides will battle it out in a two-Test affair.

India have won all five Tests in the ongoing ICC World Test Championship.

They will be targeting another series win.

Mushfiqur highlights the reason behind his decision

He said in order to minimize his workload the best decision is to skip keeping. "The only thing that I can do is minimize my workload and that is only possible by not keeping in Test and that's why I have taken this decision."