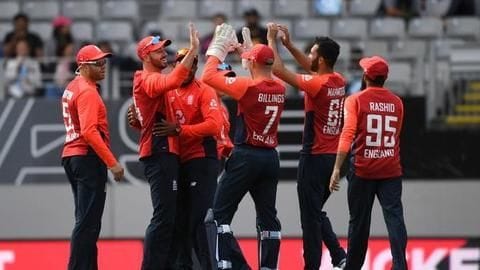 England and New Zealand brought flashbacks of the 2019 World Cup final, after the fifth T20I on Sunday went to a Super Over.

This time however, both teams didn't score the exact runs in the Super Over.

Both teams finished on 146 as England sealed the decisive moment.

The visitors clinched the series 3-2. 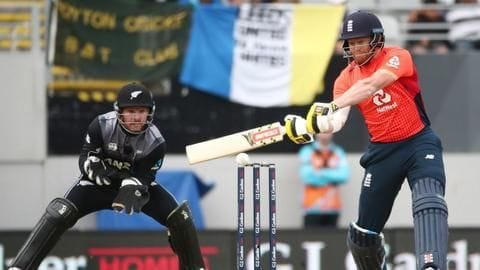 However, England got wickets in key moments to get some control.

Jonny Bairstow (47) kept the chase alive but NZ hung on.

However, England's lower order delivered to tie the game.

How did the Super Over pan out? 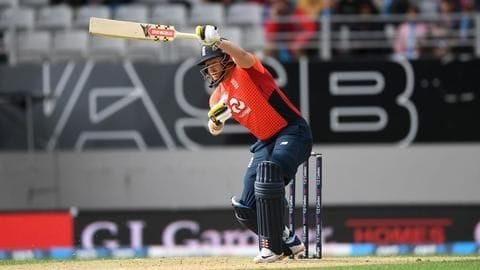 Tim Southee bowled the Super Over for NZ.

He was up against Bairstow and Eoin Morgan.

Both batsmen smashed a six each as England amassed 17 runs.

For NZ, Guptill and Tim Seifert were chosen for the chase.

England's experienced pacer Chris Jordan was superb and kept the Kiwis to just eight runs that included a wicket.

This helped the Three Lions dictate. 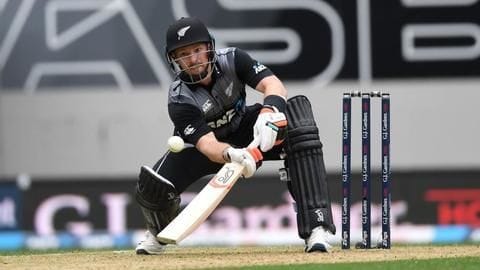 He slammed his 15th career T20I fifty as well.

Guptill and Munro script this feat as a pair

Guptill and Munro amassed their third career T20I fifty-run stand. The two now have 879 partnership runs in the format. They have now become the 11th pair to surpass the 800-run mark. 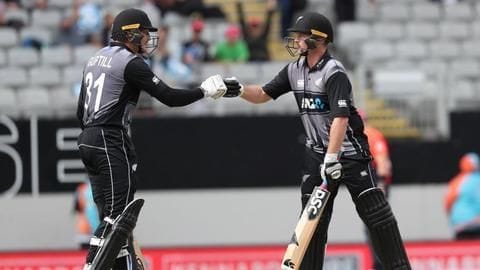 He also registered 100 career T20I sixes. He became the second Kiwi and the fourth batsman in the world to register this record. He is also the first Englishman to notch this record.

Morgan hit two sixes and raced to 96 maximums in T20Is.

He equaled the likes of Mitchell Starc and Bhuvneshwar Kumar.