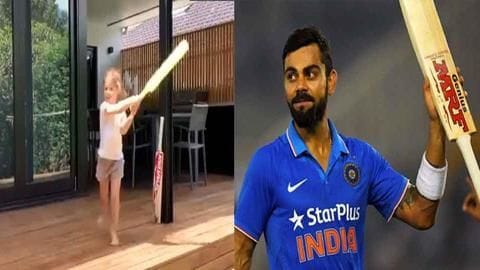 When it comes to the best batsman in the world currently, Virat Kohli is the name that would come to the minds of most.

He has made a tremendous impact of late.

Kohli has also become a favorite, not just for the fans, but also for some cricketers and their family members.

Ivy Mae hits a ball hard, claims she is Kohli 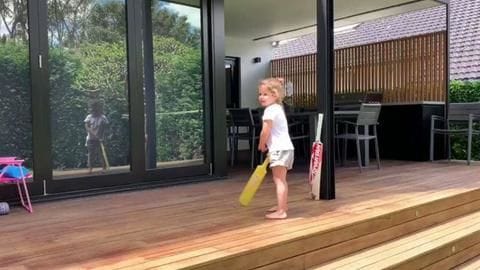 In an adorable video posted by Warner's wife Candice on Twitter, it is seen that their five-year-old daughter, Ivy Mae, is claiming she is Virat Kohli, while she is holding a bat.

In the process, she is served a ball, which she hits hard towards the camera held by Candice, while she again goes on to claim that she is Kohli.

This little girl has spent too much time in India. Wants to be @imVkohli pic.twitter.com/Ozc0neN1Yv

Warner in battle with Kohli over IPL supemacy While Kohli is considerably ahead of Warner in international cricket, it is also the same when it comes to the Indian Premier League (IPL). As for the performance in IPL 2019, Warner was ruthless, as he finished as the highest run-scorer, scoring 692 runs in 12 matches at an average of 69.20, including a century and eight half-centuries.

As for Kohli, he finished eighth in the chart, scoring 464 runs in 14 matches, at an average of 33.14, including a couple of half-centuries and a ton.

Kohli has been high-flying this year in international cricket As for the performance in international cricket this year, Kohli has been phenomenal, scoring more than 2,000 runs across formats in 36 matches at an average of 63.96, including six centuries.

Meanwhile, Warner started playing international cricket this year in June, owing to his one-year suspension, as he scored 1,029 in 21 matches across formats.

When did Virat Kohli make his international debut?

Kohli made his international debut in August 2008, in an ODI against Sri Lanka.

When did David Warner make his international debut?

Warner made his international debut in January 2009, in a T20I against South Africa.

How many T20I runs has Warner scored?

How many T20I runs has Kohli scored?