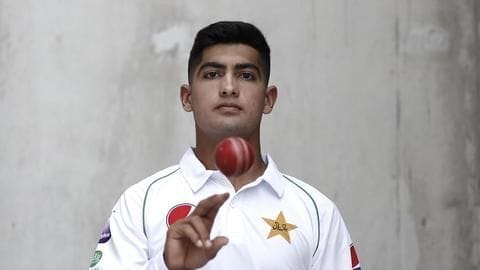 As he looks to claim the maiden wicket of his Test career, the youngster's age has drawn a considerable amount of attention.

While his current age is 16 as per cricketing records, Pakistani journalist Saj Sadiq's tweet of referencing Naseem as 17-year-old has drawn a debate.

Sadiq had referred Naseem as 17-year-old a year back 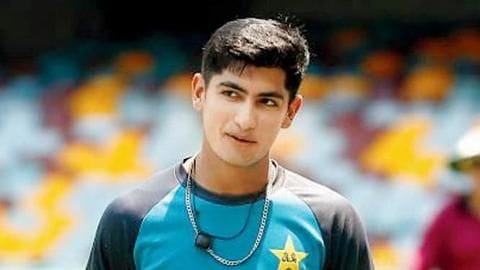 It was in December last year when Sadiq had tweeted regarding Naseem's injury ahead of the PSL and had referred to him as 17-year-old.

"Highly rated 17-year-old pace bowler Nasim Shah who was signed by Quetta Gladiators for the Pakistan Super League has suffered a back injury. He is back in training and hopes to be fit for PSL4," Sadiq had posted on Twitter.

Highly rated 17 year old pace bowler Nasim Shah who was signed by Quetta Gladiators for the Pakistan Super League has suffered a back injury. He is back in training and hopes to be fit for PSL4 #Cricket #PSL4

Looks a terrific prospect. But is 16 now, aging backwards i think https://t.co/frlg06ZIFk Meanwhile, after Kaif pointed it out, Pakistani fans immediately went on to express the fact that even Afridi's age was a mystery during his playing days.

As per cricketing records, Afridi is 1980 born and is currently aged 39.

However, Afridi corrected it in his autobiography, stating that he is 1975 born and is currently aged 44.

same case as afridi whose real age is still mystery for cricket fans. 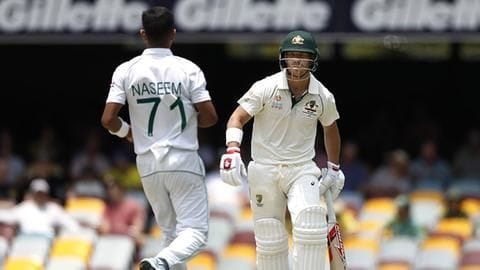 After winning the toss and electing to bat, Pakistan were bundled out for 240, courtesy Mitchell Starc's 4/52, while Asad Shafiq scored 76.

In reply, Australia are off to a terrific start, with openers David Warner and Joe Burns putting up a 222-run stand.

Currently, Australia are 312/1, with Warner unbeaten on 151 and Marnus Labuschagne unbeaten on 55.

Some records scripted in the Test so far 222 - It is the fourth-highest opening partnership in Brisbane, while it is also the second-highest partnership between Warner and Burns on this ground.

Warner's 22nd Test century was his first in 18 innings, fourth in Brisbane, 16th while playing in Australia and fourth against Pakistan.

Naseem is also the sixth youngest Pakistani to make his Test debut and the ninth-youngest of all-time.

Naseem plays for Central Punjab in the domestic circuit.

When did Naseem Shah make his First-Class debut?

Naseem made his First-Class debut in September 2018.

Naseem has played just a List A match so far.

Does Naseem play in the PSL?

No, Naseem is yet to play in the PSL.