Why did Virat Kohli sledge Kesrick Williams in 1st T20I? 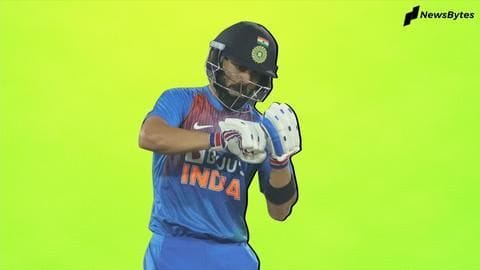 India came up with a prolific batting performance, especially skipper Virat Kohli, as his unbeaten knock of 94 helped the side defeat the visitors Windies in the opening T20I, in Hyderabad, on Friday.

However, one of the most talked aspects of the game was Kohli sledging Windies pacer, Kesrick Williams, with a 'notebook' send-off. 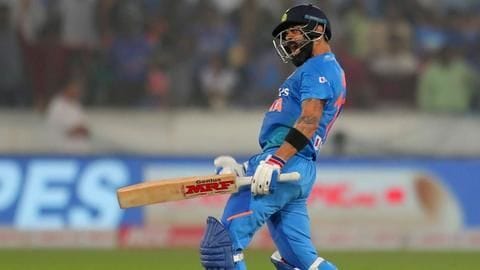 The incident happened while India were chasing a mammoth total of 208.

Kohli was on a rampage in the second half, as he smashed Williams for 23 runs in the 16th over.

Following the over, Kohli sledged Williams with his 'notebook' send-off, where he was seen taking out a virtual notebook from his pocket and striking the name of his victim.

Why did Kohli sledge him? 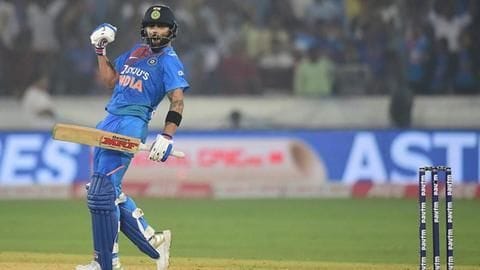 As for the reason behind Kohli sledging Williams, it did initially seem like a copy of the latter's celebration in the CPL.

However, Kohli later made it clear that it was more of a revenge, explaining Williams had done the same to him following his dismissal in Jamaica, in 2017.

"I thought, I will tick a few in the notebook as well," he said.

Williams did the same to Kohli in Jamaica

'[Kesrick] Williams had given me the notebook when he dismissed me in Jamaica [in 2017], so I remembered it from there. We gave each other a high-five later. Play hard but respect the opponent' - Virat Kohli 🙌 #INDvWI #masterclass #revenge pic.twitter.com/pkCUCMDfcO

Play it hard, but have respect for opponents: Kohli

"There were a few words, but smiles at the end. That's what you want to see. Good competitive cricket, but in the end, shake hands and give a hi-fi. That's what cricket is all about. Play it hard, but have respect for opponents," added Kohli.

Kohli gives Williams the taste of his own medicine

You do not mess with the Skip! 🔥🔥 #TeamIndia #INDvWI @paytm 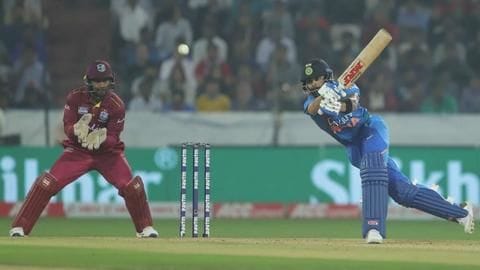 However, Lewis and King took the game away from India with a 51-run stand for the second wicket.

Hetmyer and Pollard continued with the momentum, before Jason Holder (24*) thrived with a cameo.

In reply, Rohit departed early, however, Rahul and Kohli got the scorecard moving.

Records scripted during the match 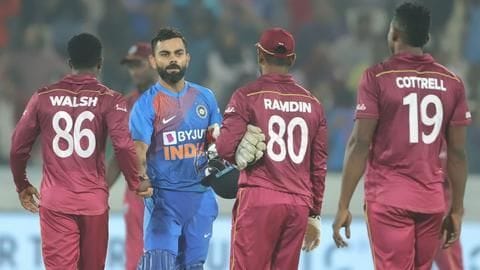 Following are some records scripted during the match:

- Yuzvendra Chahal has now become the joint-highest T20I wicket-taker for India, along with Ravichandran Ashwin (52).

- Rahul and Kohli registered the eighth 100-plus stand for India in T20Is against Windies.

Where are India currently ranked in T20Is?

India are ranked fifth in T20Is.

Where are Windies currently ranked in T20Is?

Where is Virat Kohli ranked in T20Is?

How many T20Is would India-Windies play?