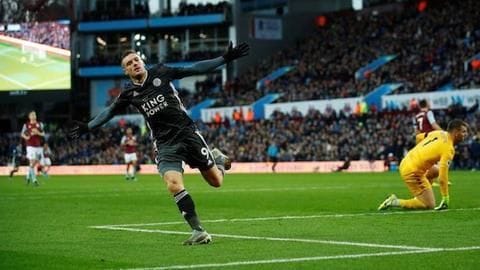 The win not just consolidated Leicester's position on the second spot this term, but it also helped them script a club record.

For the first time in their history, Leicester have managed to win eight consecutive ties in a top-flight league. 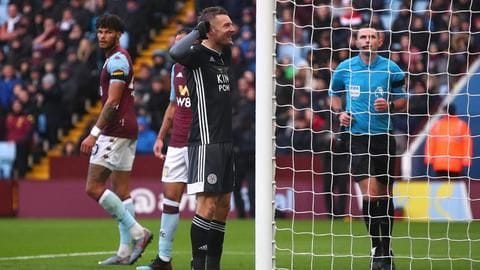 The visitors were off to a fine start as Jamie Vardy put the side ahead within 20 minutes, while Kelechi Iheanacho doubled it in the 41st, before Jack Grealish pulled one back for the hosts.

However, following the half-time, Leicester continued with the same intensity, as Jonny Evans struck in the 49th minute, with Vardy hitting a brace later to script a 4-1 victory. 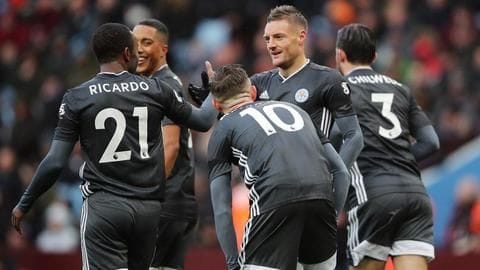 As far as their current performance is concerned, Leicester's winning streak has placed them on the second spot, while interestingly, they are also six points clear of defending champions Manchester City.

The latter are third, following their 1-2 defeat to Manchester United on Saturday.

The table is led by the Reds, who are eight points clear of Leicester. In case one remembers, it was just four seasons back when Leicester had shocked the world by becoming the EPL champions.

Having done so under the reign of Claudio Ranieri, the club managed to win 23 matches and lost just three, as they finished with 81 points, 10 clear of second-placed Arsenal.

Liverpool vs Manchester City: A look at the key clashes