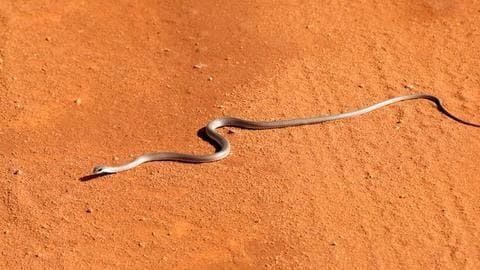 In a weird incident, the start of the Ranji Trophy 2019-20 tie between Andhra and defending champions Vidarbha was delayed after a snake invaded the playing field.

Being played at the Dr. Gokaraju Liala Gangaaraju ACA Cricket Ground in Vijayawada, the snake was spotted right before the start of the game, as the ground staff, right away, ensured that it slithers away.

Start delayed by minutes as groundsmen clean the area 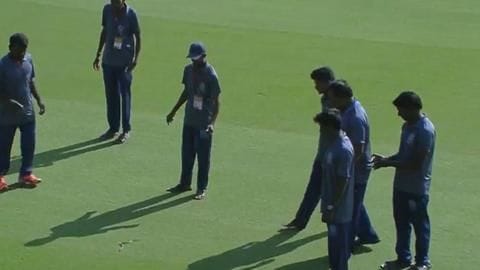 The incident happened right after Vidarbha captain Faiz Fazal won the toss and elected to bowl.

As his team made its way out, the snake was spotted slithering in the field.

The ground staff were alerted as players and umpires stayed away from the field until they got the creature away.

Consequently, the start was delayed just by a few minutes.

Ever seen a snake interrupt a cricket match before?

SNAKE STOPS PLAY! There was a visitor on the field to delay the start of the match.

How did the day pan out? After winning the toss and electing to field, Andhra could only manage a paltry total of 211, courtesy Aditya Sarwate's 4/50, while skipper Hanuma Vihari scored 83.

Following the end of Day 1, Vidarbha are 26/0, with openers Fazal and Sanjay Raghunath unbeaten on 11 and 14, respectively, as they trail by 185 runs.

Who are the title contenders this season? 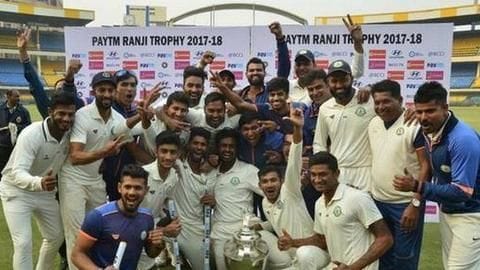 Vidarbha will be eyeing a third successive title win under skipper Fazal.

They will be presented with a fresh challenge and that will excite the players.

Karnataka will be a massive threat this season.

They have sealed the Vijay Hazare Trophy and the Syed Mushtaq Ali Trophy as well.

Devdutt Padikkal will be a key figure.

Meanwhile, Mumbai will be threatening as well.

What's the format this season? The format of the Ranji Trophy 2019-20 will see the 38 teams present being split into four groups.

The groups are Elite Groups A, B and C, and Plate.

The top five teams from Elite Groups A and B combined, the top two from Group C, and the toppers from Plate will make it to the quarter-finals.

When was Ranji Trophy first played?

Ranji Trophy was first played in 1934.

Which is the most successful Ranji team?

Mumbai is the most successful Ranji team, having won on 41 occasions.

Who has scored the most runs in Ranji?

Wasim Jaffer is the highest Ranji run-scorer, with 11,775 runs.

Who has claimed the most wickets in Ranji?

Rajinder Goel has claimed the most Ranji wickets, of 640.