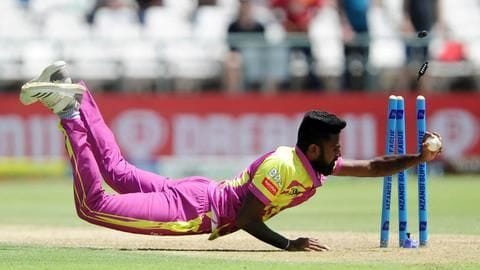 Playing for Paarl Rocks, Udana had a chance to run out a batsman of his rival team Nelson Mandela Bay Giants, but he chose not to.

Judging by the situation Udana felt that it would be harsh on the batsman.

Udana refuses to run-out a batsman despite having a chance 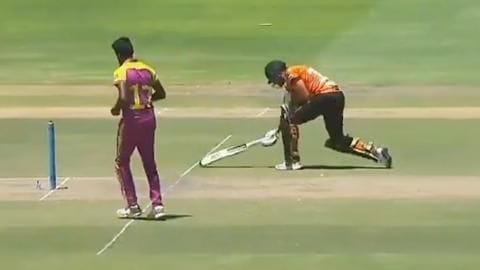 During the match, as Udana bowled to Heino Kuhn of the Giants, the latter went for a big shot.

However, the ball instead crashed into his non-striking partner Marco Marais, who was going for the run and was out of his crease.

Marais momentarily collapsed on the pitch, giving Udana ample time to run him out. However, he chose not to.

A display of true sportsmanship from Udana

This is class from Isuru Udana 👏pic.twitter.com/RZX5yutA23

Is this the opposite of Mankading?

The opposite of a mankad

While franchise cricket continues to destroy the spirit of the game, it is nice to see this act. Specifically from a Sri Lankan.

Winning the toss and electing to bowl, the Giants bowlers had a bad day at the office, as the Rocks posted 168/5, courtesy opener Cameron Delport's 39, while Imran Tahir claimed 2/14.

In reply, the Giants could manage 156/6, despite Kuhn's fighting 58, as the bowling of Ferisco Adams (3/36) was enough to seal the win for the Rocks.

Why is the spirit being questioned nowadays? Cricket has always been known as the gentlemen's game. Unfortunately, with the over-commercialization of the game, sportsmanship has become a victim.

The notable instance was when Ravichandran Ashwin Mankaded Jos Buttler in IPL 2019.

Hopefully, Udana's gesture will motivate young cricketers to play the game with the right spirit.

When was the Mzansi Super League started?

Who won the last edition of the MSL?

Jozi Stars are the defending champions of the MSL.

Are Indian players playing in the MSL?

No, Indians are not allowed to play in any other T20 league outside IPL.

No, Yuvraj is not playing in the MSL.