India vs Australia, ODIs: Key players to watch out for India and Australia are set to face each other in a three-match ODI series, starting January 14.

This will be India's toughest assignment since the ICC World Cup 2019.

Team India has been dominant across formats of late, however, Australia can cause plenty of issues.

Ahead of the pivotal ODI series, we look at the key players.

Schedule of the India vs Australia ODI series The first ODI between the two sides will be held in Mumbai.

The second game is set to take place in Rajkot on January 17.

The third and final ODI will be held in Bengaluru on January 19.

Earlier in 2019, Australia had beaten India 3-2 in a five-match ODI series.

The Aussies look confident and India need to be wary of them.

Finch and Warner could be lethal upfront for Australia 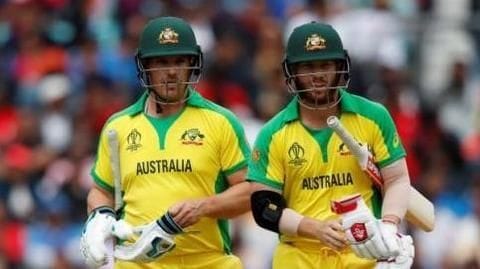 Skipper Aaron Finch and his opening partner David Warner will be relishing the challenge against India's bowling attack.

The two were instrumental in the 2019 World Cup and carried on that form in the T20Is against Sri Lanka and Pakistan respectively.

These two can give Australia a dream start and their experience could be crucial.

Both are highly aggressive and can score big runs.

Focus on Labuschagne, pacer Cummins could cause issues Marnus Labuschagne, who has been superb in the Test format of late, is set to make his debut in the 50-over format for Australia.

The 25-year-old has been backed by Finch to perform well.

Labuschagne has admitted that facing India will be a challenge.

He could be lethal in getting crucial breakthroughs.

Rohit and Kohli are the mainstays of India's batting If India are to do well against Australia, then two of their leaders will need to come good.

Last year, Rohit was the highest run-scorer in ODIs. He was followed by skipper Virat Kohli.

The two are in fray to script some crucial milestones in the series.

Their consistency could help India set the base.

The hosts will need these two to score aplenty.

Navdeep Saini can produce substance with the ball Navdeep Saini was the big positive for India in the recently-concluded T20I series.

He was adjudged the player of the series for his five wickets.

Saini can bowl at a lethal pace and offer variety.

This series will be crucial for the Indian pacer ahead of the limited-overs assignments against New Zealand.

Saini will want to continue in the same vein and take wickets.