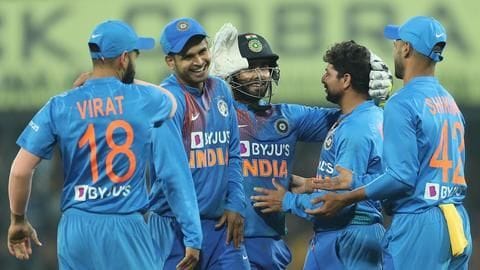 The Indian cricket team is all set to tour New Zealand for five T20Is, three ODIs and two Tests.

The two teams start with the T20Is from January 24.

On Sunday, the BCCI announced Team India's squad for the T20Is.

Skipper Virat Kohli is set to lead the side, as vice-captain Rohit Sharma makes a return. Here's more on the same.

India have dominated across formats since 2019 World Cup 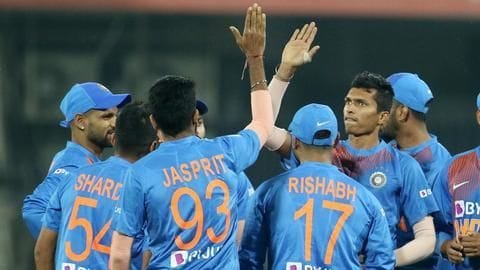 Team India has been playing consistently post the ICC World Cup 2019 and notably the Virat Kohli-led side hasn't been beaten in any of the series across formats.

The team beat Sri Lanka 2-0 in the recently-concluded T20I series.

Next up is Australia (ODIs), followed by the New Zealand tour.

India have gone in with similar faces for the upcoming tour.

Rohit Sharma and Shami return for the T20I series The T20I squad sees familiarity in the ranks.

Vice-captain Rohit Sharma, who was rested for the Sri Lanka T20Is, returns to the squad.

He will be pivotal for India upfront.

Wicket-keeper batsman Sanju Samson has been excluded from the T20I squad.

India have also included Mohammed Shami after the pacer was rested against SL.

Interestingly, a 16-member squad was announced.

Here is the complete schedule of T20Is

Can Prithvi Shaw recover in time for New Zealand tour?