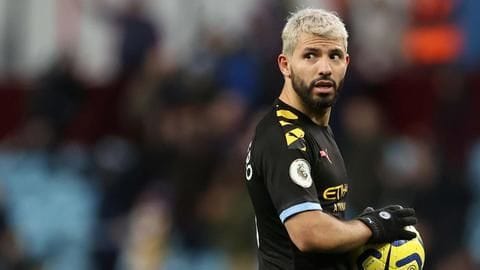 Manchester City manager Pep Guardiola was all praise for his club's Argentine forward Sergio Aguero after he produced a record-breaking performance against Aston Villa on Sunday.

City thrashed Villa 6-1 in an away tie in the Premier League, while Aguero scored a hat-trick, as he continued his amazing run with the club. He also scripted an amazing record.

Here are details on it. 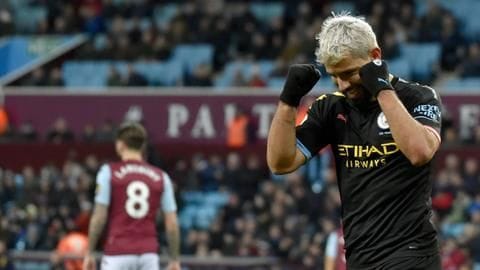 Following his hat-trick, Aguero scripted some records. He scored his 12th hat-trick to become the leading hat-trick scorer in the competition, going past Alan Shearer's previous record of 11.

Further, he overtook Arsenal's legend, Thierry Henry, to become the top goal-scorer, among overseas players, in the tournament.

Aguero currently has 177 goals in the tournament, while Henry had scored 175.

In another record-matching feat, Aguero has become the joint fourth-highest goal scorer in the tournament, as he leveled former Chelsea legend, Frank Lampard. The list continues to be led by Shearer, who had scored 260, followed by Wayne Rooney (208) and Andrew Cole (187).

Guardiola hails Aguero as a legend 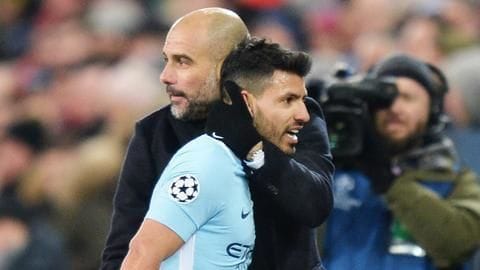 Speaking on Aguero's record-breaking performance, Guardiola hailed him as a legend.

"He (Henry) was a legend and Sergio is the same. To score this amount of goals means you have done a lot of good things for many years. He has been consistent for many years and so we are proud of him," said Guardiola post City's win.

He is the most incredible person: Guardiola

"He is the most incredible person. You don't achieve what he has if you don't love to be with your mates. And, when he gets into the final third, he knows where the goal is," added Guardiola. City started off on a commendable note, with Riyad Mahrez scoring a brace within 24 minutes.

While Aguero scored his opener in the 28th, it was followed by the fourth, by Gabriel Jesus, at the stroke of half-time.

Aguero followed it up with a couple more to complete his hat-trick, as Villa scored a consolation via a late penalty.

Where did Aguero play prior to City?

Prior to City, Aguero played for Atlético Madrid.

Which was Aguero's first-ever club?

When did Pep Guardiola join City?

Here're the records scripted by Liverpool so far in 2019-20

Besides chess, Magnus Carlsen excels in another sport: Details here