Although the club sits atop in the league table, their inconsistent performance has compelled them to think otherwise.

Meanwhile, Quique Setien has been roped in as Valverde's replacement.

Valverde was under the scanner following shaky start to season Valverde came under the scanner during the beginning of the season when the club struggled and managed to win just a couple in the opening six games of the season.

However, since then, they have fared decently, as they also qualified for the pre-quarters of the UEFA Champions League.

Nonetheless, for surprising reasons, his job continued to remain unstable.

Valverde has had his second-best managerial career at Barca Considering Valverde's managerial tenure at Barca, it has been commendable.

In 145 matches, he has managed to win 97 and lost 16, while he has a win percentage of more than 66.90, which is his second-best in his managerial career.

He has won twin La Liga titles, along with a Copa del Rey and a Supercopa de España title, each.

Setien roped in as replacement 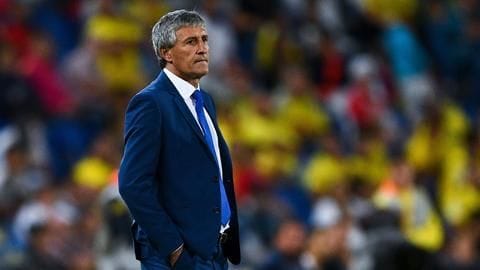 As for his replacement is concerned, Setien has been roped in for the job.

Setien, who is a former coach of Real Betis, has had a formidable managerial career, with an experience of around 19 years.

During his playing days, he had represented Spain in three matches, along with a fruitful career, playing for Racing Santander as a central mid-fielder.

Setien's managerial career has been an average one 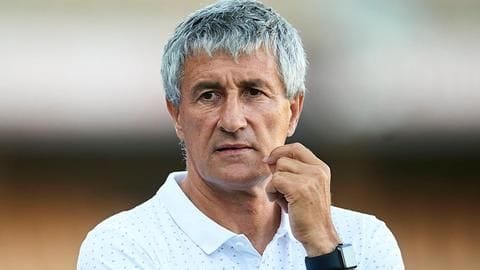 Setien started his managerial career at Racing Santander, where he had his best tenure, winning 18 of 36 games, with a win percentage of 50.

Since then, he has managed six more clubs.

However, he has not won silverware as a manager.

Were Barca right at sacking Valverde? Barca might have been inconsistent with their current gameplay.

However, considering their present position, the author feels that it's really harsh to sack Valverde in such a manner.

The club has been doing decently, and a loss against a top team like Atletico should not be treated as harsh.

It is extremely foolish on Barca's part to expect Valverde to win every single match.

When did Ernesto Valverde join Barcelona?

How many clubs has Valverde managed?

Which club did Valverde managed most successfully?

Which was the first club Valverde ever managed?

The first club Valverde ever managed was Bilbao Athletic.