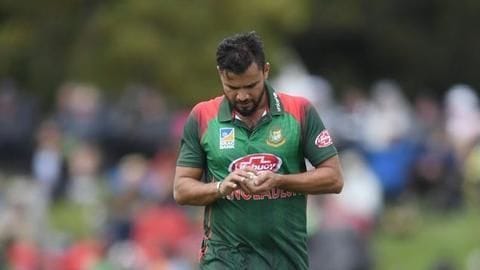 Bangladesh ODI team captain Mashrafe Mortaza has fuelled retirement rumors after giving up on his national team central contract for the country.

Bangladesh Cricket Board (BCB) president Nazmul Hassan told reporters that Mashrafe did not wish to continue as a contracted player and his proposal has been accepted.

It remains to be seen how things pan out. Retirement rumors have filled in, however, Mashrafe insisted that he would like to keep playing as long as he is enjoying the game.

He is also not keen on retiring just because the BCB president said that they would throw a big party.

The BCB has offered Mashrafe a massive going away party, "the likes of which has never happened and never will".

Till yesterday, I was a centrally contracted cricketer, says Mortaza

Mortaza said he doesn't have a contract with BCB anymore. "Till yesterday, I was a centrally contracted cricketer with the cricket board but not anymore," he said in a press conference. Meanwhile, BCB president Hassan said, "We have accepted his proposal."

Mortaza to lose guaranteed monthly wage and other details 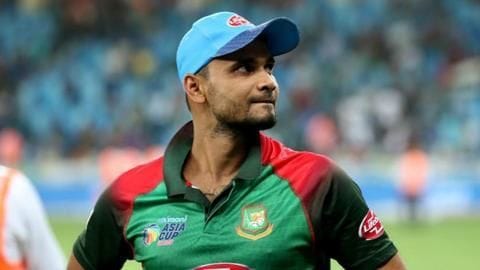 The 36-year-old bowler is now set to lose a guaranteed monthly wage of at least $5,000 as well as lucrative sponsorship deals.

Mortaza has however continued to play ODI cricket. He is still a vital member of the team and a champion bowler who works hard.

Mortaza not keen on BCB giving a proper send-off

"I always believe the BCB is the cricketers' guardian. I never took pride in going against them. I thank the BCB for considering me to give me a proper send-off, but I don't have much interest in it," said Mortaza.

A look at Mortaza's career stats 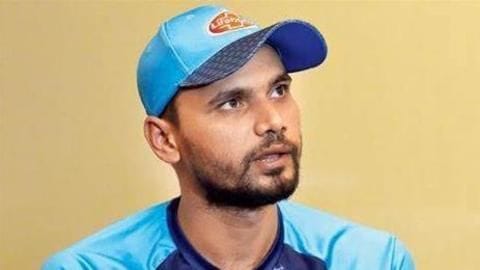 Meanwhile, Mortaza has also featured in 36 Tests and 54 ODIs.

He claimed 78 and 42 wickets respectively.

In total, the right-arm veteran pacer has claimed 386 international wickets.

"Will delete your number": BCB chief lashes out at Mehidy