Visitors Ireland came up with a phenomenal performance to tame hosts Windies by just four runs in the opening T20I on Wednesday.

Ireland, who are coming off a 0-3 whitewash in the just-concluded ODI series, have made a much-needed comeback in the shortest format. 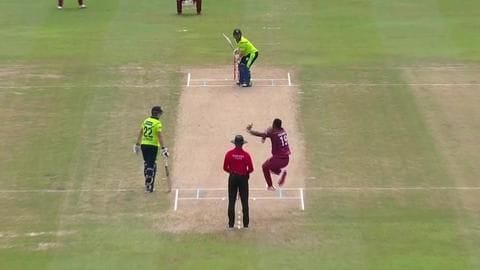 Winning the toss, Ireland elected to bat first, as they posted a challenging total of 208/7, courtesy opener Paul Stirling's strong knock of 95.

In reply, West Indies too came up with a fine performance with the bat, as opener Evin Lewis's 53 allowed the side to edge closer to the target. 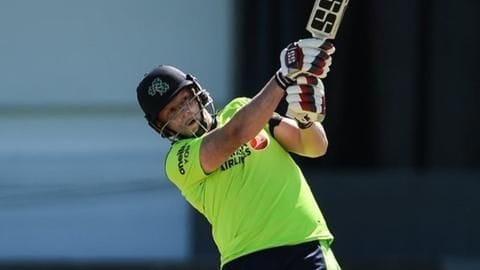 Ireland were off to an explosive start, as they managed to score a whopping 93 runs in the opening six overs.

Consequently, they created a new world record in T20I cricket, of scoring the most runs in the powerplay.

They went past the previous record of 91, set by The Netherlands, against Ireland itself, during the 2014 ICC World T20.

As for the record in T20s overall, it is held by English county side Notts Outlaws, who scored 106/0 in the powerplay during their NatWest T20 Blast tie against Durham Jets in 2017. 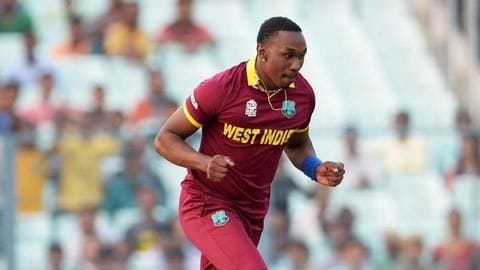 The match was hyped owing to Bravo's return to international cricket for the side.

He had last played for Windies in 2016, following which he was not selected for the format.

Consequently, he announced his retirement from international cricket in October 2018.

However, it was last month when he announced his comeback.

Nonetheless, his return did not go well as he would have expected.

Both teams to feature in ICC World T20 this year 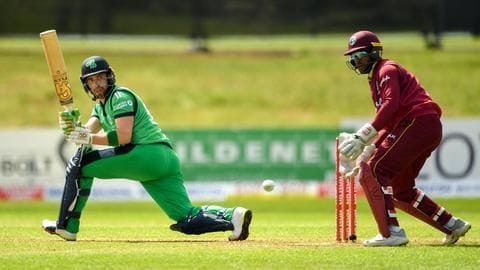 Notably, Windies are the defending champions of the ICC World T20 and would be fighting it out again this year in Australia.

As for Ireland, they have managed to qualify for the tournament, having finished third in the Qualifiers, and would be playing their sixth edition.

Ireland's best performance in the tournament was reaching the Super Eights in 2009.

Who was the Man of the Match?

Paul Sterling was the Man of the Match.

When did Dwayne Bravo make his international debut?

Bravo made his international debut in April 2004, in an ODI against England.

How many T20I runs has Bravo scored?

Where are Ireland ranked in T20Is?