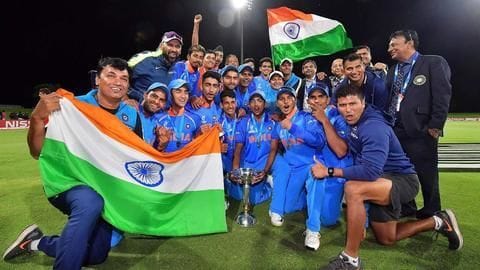 The 13th edition of the ICC U-19 World Cup is all set to kick-off in South Africa from Friday.

Defending champions India would be eying to extend their record by winning their fifth title.

As India get their campaign underway from Sunday, we present the complete schedule for the team, along with other details of the tournament.

India placed in Group A 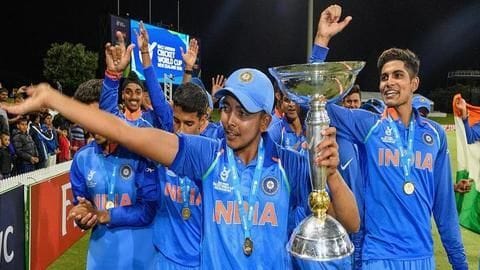 India are placed in Group A, alongside teams like New Zealand and Sri Lanka, while debutants Japan, too, feature in the group.

India get their campaign underway on January 19 against Lanka, followed by Japan on January 21, before taking on the Kiwis on January 24.

Notably, India would be playing all their group stage matches in Bloemfontein from 1.30 PM (IST).

India to qualify for Super League upon finishing top two 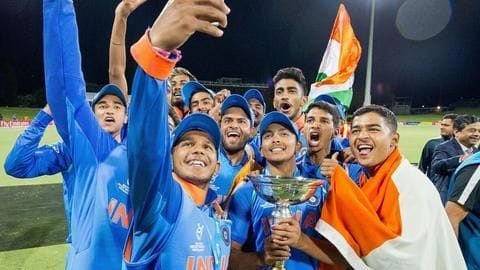 In case India manage to finish among the top two, they would qualify for the Super League quarter-finals, whose schedule is as follows: In case India manage to finish among the bottom two, they would qualify for the Plate League quarter-finals, whose schedule is as follows:

India to play semis depending upon quarters result 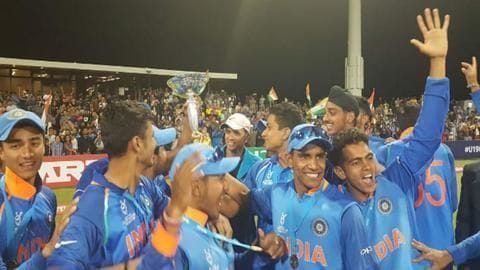 Depending upon the result of their quarter-finals, India would be playing the semis.

Upon winning the quarters, India play the regular semis, while upon losing, they play the playoff semis.

Matches would be played at same time. 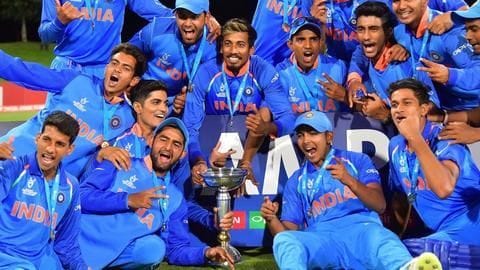 Depending upon the result of their quarter-finals in the Plate League, India would be playing their concerned semis.

Matches would be played at the same time.

Final to be played on February 9 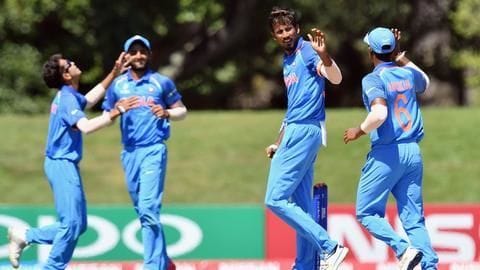 Based on the respective results of the matches across leagues, concerned playoffs/finals would be played.

The championship final is on February 9.

India's U-19 squad for World Cup

Players to watch out for Among players to watch out for are batsman Yashasvi Jaiswal, who has scored 779 runs in 13 List-A innings, while Rajasthan Royals (RR) roped him for Rs. 2.4 crore this auction.

Skipper Priyam Garg would also have the eyes upon him, as he could be pivotal for India with the bat.

Also, Ravi Bishnoi has been performing well with his leg-breaks.

Priyam Garg thanks his father after getting U-19 captaincy