The Indian cricket team begins its ICC Under-19 World Cup campaign on January 19 in South Africa.

Record-holders Indian U-19 team will be vying for a fifth trophy this time around.

The Priyam Garg-led side would lock horns with Sri Lanka in their first match.

One hopes to see India playing solid cricket and retaining the title.

Here we analyse the Indian U-19 squad.

Jaiswal and Saxena are two solid openers on offer 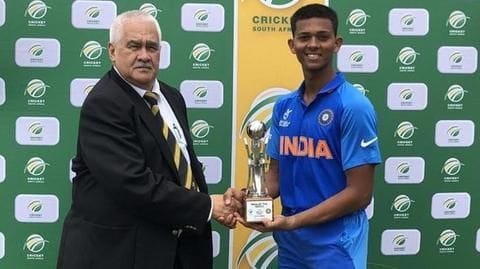 Yashasvi Jaiswal will be hoping to make an influence.

He has been in prolific form over the past six months. The left-handed batsman scored a staggering 779 runs in 13 List A games.

Jaiswal will get company from fellow opener Divyaansh Saxena.

These two will hope to get India going atop.

Garg leads the batting of this promising side Tilak Varma will have a crucial role to play at number three.

The left-handed batsman can also chip in with some spin.

Skipper Garg and vice-captain Dhruv Chand Jurel are the key members in the middle order.

Both these players have been in good touch and their inputs will be crucial.

India have a quality spin department on offer

Left-arm spinner Atharva Ankolekar will be a crucial member of the side.

He can be pretty useful with the bat as well.

Joining him will be Ravi Bishnoi. The tall leg-spinner produced substance in the quadrangular series recently and will want to continue in the same vein.

Shubhang Hegde is another all-rounder who can bowl quality spin.

Overall, it is a strong spin department.

Here's how the pace-bowling unit shapes up 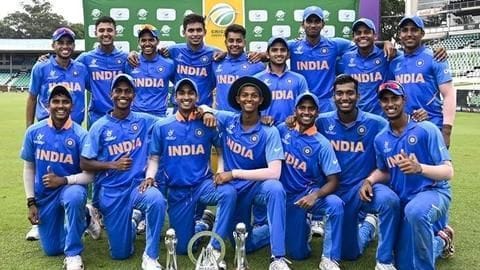 He has decent pace and can swing the ball both ways.

Left-arm pacer Akash Singh could open the bowling with Tyagi.

Sushant Mishra did well in 2019 and is a wicket-taking bowler.

Siddhesh Veer was a late inclusion in the Indian U-19 squad after all-rounder Divyansh Joshi was ruled out due to injury.

The player impressed in the recent quadrangular series with scores of 71 against New Zealand and an unbeaten 48 against South Africa.

He will vie for a berth in the playing XI.

India will challenge for the U-19 World Cup

India have a formidable side on offer and there are plenty of interesting names in the squad. The Paras Mhambrey-coached team won the quadrangular series recently and will be confident of his side doing well and making a mark.