India should consider these changes for 2nd ODI against Australia 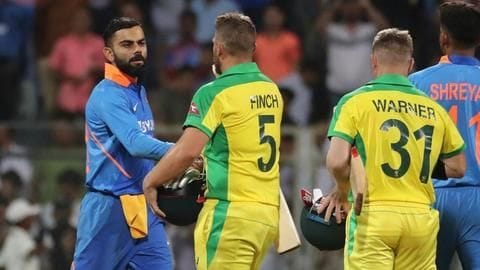 India were on the receiving end on Tuesday when visitors Australia annihilated them by 10 wickets in the opening ODI match in Mumbai.

As India eye redemption, they have to win in order to stay alive in the series.

Meanwhile, we present some tactical changes India can come up with to avoid five consecutive home ODI losses against the Aussies.

Saini could give India's bowling an edge over Thakur 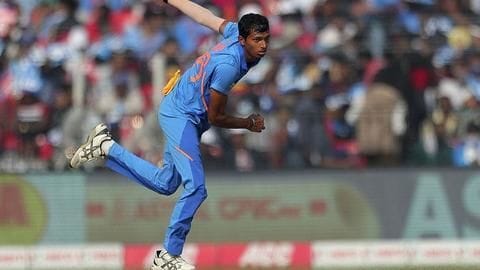 Furthermore, the last match, prior to the opening ODI, also saw Thakur giving away 66 runs against the Windies and claiming a wicket.

Meanwhile, Navdeep Saini grabbed a couple in the Windies tie, giving away 58 runs.

While the difference might not be big, Saini has the knack of claiming wickets and offering more pace. Also, another change that skipper Virat Kohli could come up with is bolstering India's all-round attack by bringing in Shivam Dube.

As for the player who could follow out, a tough call in the form of Mohammed Shami could be made.

He leaked runs aplenty in the opening tie, while he also lacked his swinging ability.

Also, Dube has the flair to bat long.

Yuzvendra Chahal is a better option than Kuldeep Yadav currently As for another change in the bowling attack, Yuzvendra Chahal could make his way into the side by replacing Kuldeep Yadav.

Clearly, Kuldeep has not been in the best of his form for almost a year, while he was unproductive in the last game.

As for Chahal, he has the ability to bowl the wrong ones, which could tremendously work in India's favor.

Kohli should revert himself back to the third spot 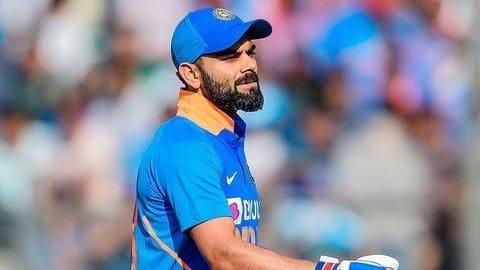 While Kohli batted at number four in the last match, the result did not go in India's favor.

Consequently, Kohli has no choice but to promote himself back to the third spot.

As for Rahul, he will have to come down to the fourth spot, where he has not been as decent and has an average of 17.33.

When did Navdeep Saini make his ODI debut?

Saini made his ODI debut in December 2019, against the Windies.

How many ODI wickets does Shivam Dube have?

Dube is yet to claim a wicket in ODIs.

Which IPL team does Kuldeep Yadav play for?

Kuldeep plays for Kolkata Knight Riders (KKR) in the IPL.

Which stat does KL Rahul play for?

Rahul plays for Karnataka in the domestic circuit.

Virat Kohli to rethink his batting position: Here's why