Is Ishant Sharma's career coming to an end? 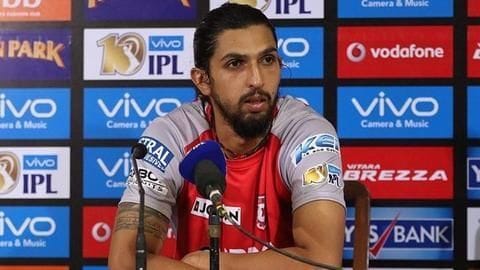 A veteran, who has played 77 test matches and grabbed 218 wickets, has been troubled by injuries throughout his career.

Let us have a look at how India's pace sensation saw his career go south after an incredible debut.

Overuse of the young bowler? After a fantastic debut season against South Africa, Australia and Sri Lanka, things went wrong for the youngster.

Around 2008-2009, his form slumped and his pace reduced drastically.

He bounced back in 2011 against West Indies and went on to pick up his 100th test wicket.

In early 2012, Sharma underwent an ankle surgery which led to his absence from IPL. However, he returned to play his 50th test match. In 2014, he was the hero of India's historic win against England at the Lord's.

Ishant Sharma's performance in the past one year Ishant Sharma missed the 2015 ICC World Cup owing to a knee injury, only to make a comeback against Sri Lanka later that year.

In the first half of 2016, another injury forced him to take a break from cricket.

He made a comeback for the 2016-17 season, and ended up picking only nine wickets from five test matches, at an average of 41.88.

After remaining unsold at the auction, he was picked up by the Kings XI Punjab. Sharma played six matches, but did not grab any wicket. He gave away 179 runs before he was sidelined due to an injury.

A look at Ishant Sharma's memorable performances in Test cricket