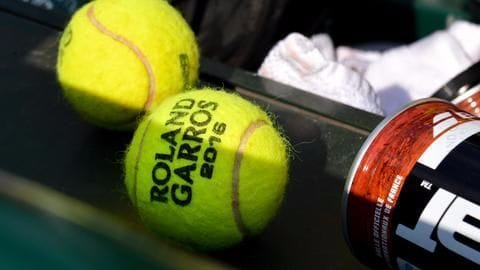 The 116th edition of the French Open Tennis tournament kicked off at the Roland Garros Stadium in Paris yesterday. Novak Djokovic and Garbiñe Muguruza are the current defending champions in Singles category.

The 15-day tournament is the only Grand Slam to be played on the clay courts.

Let us dig into some of the unknown facts about this tournament which you might not know.

French clubs only to open for all The French Open was first played in 1891. However, then it was just open to the male members of French clubs. Women's singles were introduced in the year 1897.

Mixed doubles event started in the year 1902, while the women's doubles was introduced in 1907.

The tournament went international in 1925, allowing amateurs from all nations to participate in the tournament.

Who was the first winner?

What's under the clay?

Is it really a clay court or something else? The iconic red clay of the Roland Garros is the talk of the tournament every year.

However, below the clay there are several levels made of stone, gravel, volcanic residue (clinker) and white limestone.

Above the limestone, there is a 3 mm layer of crushed brick, giving the court its distinctive red colour.

What is the Trophy called? In 1989, the men's and women's singles winners were both under 18 years of age. Michael Chang and Arantxa Sánchez Vicario were both 17 when they won the tournament, making them the youngest winners of the tournament ever.

However, in 1990 Monica Seles went on to win the women's singles at the age of 16 years, making her the youngest women's champion ever.

The undisputed king of the clay Spanish tennis star Rafael Nadal is the most successful men's singles player at the Roland Garros.

He has won the title nine times and will be playing for his tenth title in 2017.

#CareerBytes: Things to avoid while preparing for UPSC IAS exam