Malinga handed one year 'suspended ban' over his media remarks 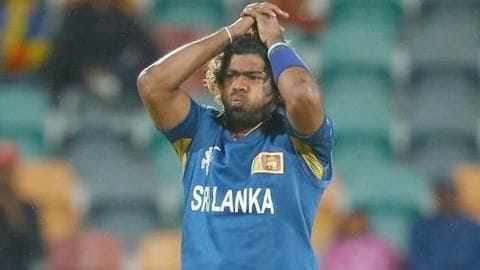 Sri Lanka's pace sensation Lasith Malinga has been handed a 'suspended one-year cricket ban' after he pleaded guilty of breach of contract of speaking to media without permission.

He had responded to Sri Lankan sports minister Dayasiri Jayasekara's remarks about fitness of the team.

Malinga has also been fined 50 per cent of his match fees.

What did Malinga say? After their cricket team's poor performance in the recently concluded Champions Trophy, Sri Lanka sports minister Dayasiri Jayasekara criticized the players over their fitness and had said that the players are overweight.

In response to that, Malinga responded that the players knew best about the game and that the minister was just an armchair critic.

What has the ban been imposed?

Malinga has been imposed with one-year suspension, suspended by six months and 50% of match fees. This means that the punishment would be imposed if Malinga repeats his action in the next six months.

Malinga free to play against Zimbabwe Even after the Sri Lanka Cricket imposed the suspension on Malinga, he will be available to play in the upcoming home series against Zimbabwe.

The two teams will play five ODI matches and one test match.

In another development, after Sri Lanka coach Graham Ford resigned, fielding coach Nic Pothas has been announced as the interim coach of the team.

Lasith Malinga may play on beyond T20 World Cup