Traditions in cricket we have put behind 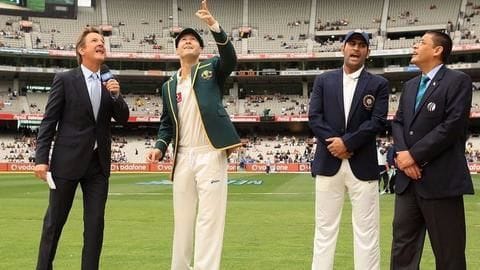 Over the years, cricket has adopted many traditions which have become the talking point in the world, like the colorful dress worn by the Marylebone Cricket Club members, tea break in test matches and many more.

However, with changing time, some of the legendary traditions have disappeared.

Let us have a look at some of them which have now been forgotten!

A day in the middle of the test A rest day in between the test matches was a regular tradition until the 1980s.

It was generally taken between the third and the fourth day of the test, to give players some time to relax.

However, with more and more people coming to watch the game, the rest day is gone. Largely speaking, no one misses it- neither the fans nor the players. Similar to the Boxing Day test match in Melbourne starting 26 December every year and New Year's Test in Sydney, India had its very own Pongal test, played during mid-January in Chennai, when the city used to celebrate holidays.

However, the tradition continued for only eight years, with the last test played in 1988 when debutant Narendra Hirwani picked up 16-wickets against West Indies.

No more 'only whites' in cricket

Cricket moved towards colored dresses in the late 1970s and it became a regular feature since 2000. While white kits are only used in test cricket now, teams in T20 leagues have two kits for them- one for home matches and other for away.

Changing colors of bat and ball Red ball has been a traditional sight in cricket. However, with colored kits came the white ball and introduction of day-night test matches also presented us with the pink ball.

In a first, black bats were used in Big Bash League, only to be banned later.

In 2016, the English County Championship decided to scrap the centuries old tradition of a coin toss before the match. Instead the visiting team is now given a chance to decide if they want to bowl first, failing which the toss takes place.

No 60-overs-a-side match and 8-ball over Long before the ODIs were official in 1971, there were 60-overs-a-side matches which were played for almost 20 years. However, the last 60-overs match was played between India and West Indies in the 1983 World Cup and since then 50-overs ODI became a standard.

No more runners for batsmen

In 2011, the International Cricket Council decided that a batsman will not be given a runner in case of injury or cramps. ICC scrapped the runners due to disagreements over how to use them.

Here is why Mohammed Shami might hate the pink ball

Reliving the history of Test cricket