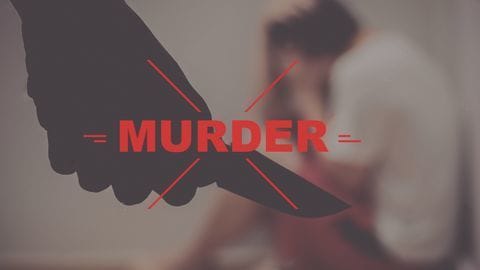 Police in Karachi said the bodies of a teenage couple allegedly murdered in an honor killing bear marks indicating they were electrocuted.

The bodies of 15-year-old Bakht Jan and her 17-year-old boyfriend Rehman were exhumed a month after their burial.

Police say the couple planned to elope but their families found out. Their deaths were ordered by a Jirga (tribal council). Police were alerted about the alleged killings and burial of Bakht and Rehman by an informer.

The bodies, exhumed from a Karachi graveyard, had marks on the arms, chest, and legs that suggested electrocution and torture.

A detailed post-mortem report is still due.

Meanwhile, police have arrested four people, including the couple's father, and are trying to track down members of the Jirga.

Tribal Jirga ordered couple's execution as 'lesson for others' Initially, a settlement was reportedly reached by the couple's families to get them married after they found out about the affair.

However, the Jirga rejected the settlement and ordered the couple's execution as a lesson for others.

Bakht left her home on August 14 but was caught by her family as she waited for Rehman.

Both Bakht and Rehman were later killed. Police said an arrested relative of the couple told them that "that both the victims were drugged and then given electric shocks after being tied to a cot."

Death by electrocution is unheard of in honor killing cases in Pakistan.

However, honor killings in Pakistan are on the rise.

Honor 20 to go on sale in India: Details here

Honor 20 series launched in India: Here's everything to know