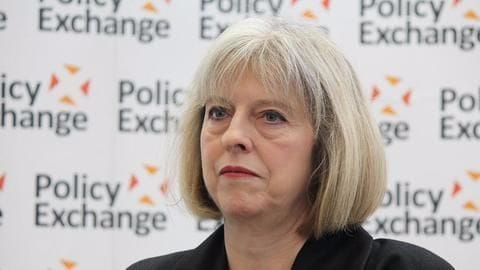 PM Theresa May has proposed a transition period of "about" two years following Brexit in 2019, during which the UK would continue having unfettered access to the EU single market.

During this period, Britain would continue to submit to EU rules.

May's speech was aimed at breaking the deadlock in Brexit negotiations.

UK would continue adhering to EU rules during transition period May proposed that during the transition period, EU migrants would still be allowed to live and work in the UK, but would have to register with the authorities.

She also proposed a "bold new security agreement," saying Britain would be the EU's "strongest partner and friend."

On trade, May said there was "no need to impose tariffs where there are none now."

UK to continue contributing to EU budget during transition

May proposed that Britain would contribute to the EU budget for the two-year transition period so that member countries aren't left in a lurch. She didn't mention how much Britain would pay but it's estimated to be at least 20 billion euros.

May says transition period is necessary for 'smooth' Brexit May said Brexit was a "critical time in the evolution of the" UK-EU relationship.

She said neither Britain nor the EU would be in a position to "smoothly" implement new arrangements by the March 2019 Brexit, which is why the transition period is essential.

She said once the transition period is over, the UK and EU would forge a "deep and special partnership." EU Brexit negotiator Michael Barnier responded to May's speech by saying she had "expressed a constructive spirit" that "shows a willingness to move forward, as time is of the essence."

He said May's statement on EU migrants was "a step forward" but this "must now be translated into a precise negotiating position of the UK government." Jeremy Corbyn, the leader or of the opposition Labour party, welcomed May's proposal, saying a transition period is essential to protect jobs.

The proposal was also welcomed by pro-EU British lawmakers.