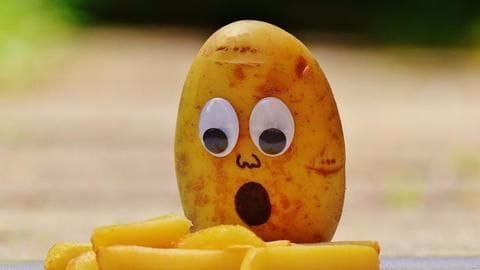 Malnutrition is one of the major problems the world is facing today. However, trends may change in the next five years.

A new report authored by the World Health Organization (WHO) and the Imperial College, London, states that the number of obese children will exceed the number of undernourished children by 2022.

What does this mean for India? Read on. WHO defines malnutrition as "deficiencies, excesses or imbalances in a person's intake of energy and/or nutrients."

Health issues emerging from malnutrition are grouped under two heads: Undernutrition caused by lack of essential nutrients, and obesity caused by over-consumption of foods rich in fat and salt.

At least 1.9 billion people in the world are obese while over 462 million are estimated to be underweight.

What does the study indicate? The report published in the prestigious Lancet medical journal stated that the global obesity rates have shot up over the past 40 years.

It said that if post-2000 trends continued, the number of obese children and adolescents would overtake the number of "moderately or severely undernourished" children. India is home to over 97 million undernourished children.

"India had the highest prevalence of moderately and severely underweight under-19s throughout these four decades," the report stated.

Interestingly, the study found the percentage of undernourished girls to be lesser than boys.

The rate of increase in Body-Mass Index (BMI) was further found to be lower than levels in developed countries, such as the US.

The price of obesity

The World Obesity Federation has estimated that the global cost of treating obesity-related illnesses such as heart attacks would cost a whopping $1.2 trillion per year by 2025. For India alone, the figure would stand at $13 billion.

What does this mean for India? A senior doctor told Times of India that trends on obesity in India aren't as worrisome as those in western countries.

However, Dr. Anoop Mishra, a Delhi-based endocrinologist notes that while undernourishment continues to be a major issue in states, including Bihar and UP, at least 30% of Indian children are obese/overweight.

"This number will grow as the junk food culture seems to dominate."