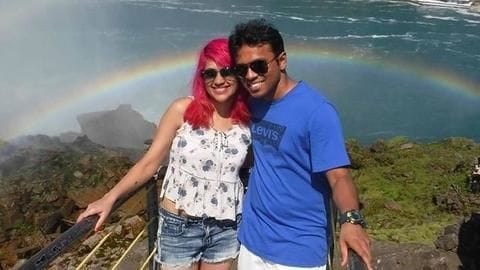 In a tragic incident, an Indian couple died after falling 800 feet in an area with steep terrain in California's Yosemite National Park last week.

Vishnu Viswanath, 29, and Meenakshi Moorthy, 30, fell to their deaths from the Park's Taft Point.

The couple had recently moved from New York after Viswanath took a job as a systems engineer at Cisco, based in San Jose.

Park officials trying to understand what caused victims to fall Viswanath and Moorthy's bodies were recovered by Park Rangers on the steep terrain last Thursday below Taft Point, a popular tourist spot that offers spectacular views of the Yosemite Valley, Yosemite Falls, and El Capitan.

Visitors had spotted the bodies a day earlier.

Park spokesman Jamie Richards said, "We still don't know what caused them to fall. We're trying to understand what happened." 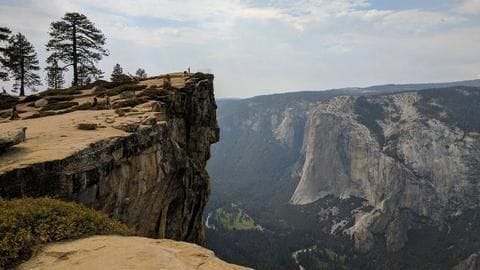 Earlier, the National Park Service said in a statement that the recovery operation for a male and a female visitor (the couple) who had died in the fall from Taft Point was completed on the afternoon of October 25.

This operation involved Park Rangers using technical climbing and rappelling techniques, in addition to helicopter support from the California Highway Patrol for a short-haul operation.

Married for four years, both were big-time travel lovers 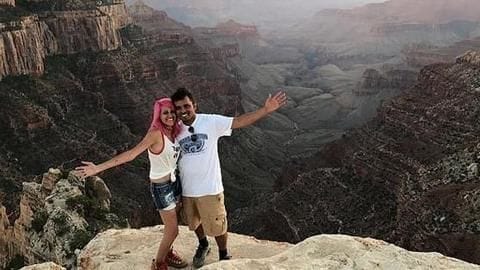 Media reports inform that the couple had been married since 2014 and were software engineers.

The travel-junkie couple used to chronicle their adventures of traveling around the world in a blog called 'Holidays and HappilyEverAfters'.

In fact, the cover of Viswanath's Facebook page has a picture of the two of them smiling on the edge of a cliff at the Grand Canyon.

Indian couple, who fell to death in US, was intoxicated