Australian nun to leave Philippines after fight with President Duterte 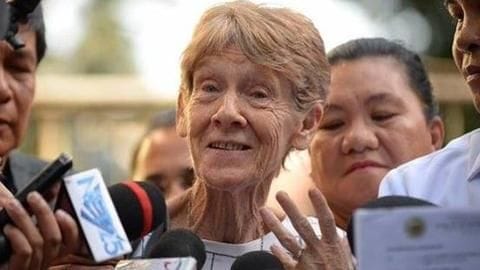 An Australian nun, who battled a government bid to expel her from the Philippines after she angered the country's President Rodrigo Duterte, said yesterday that she will leave rather than face arrest and deportation.

Sister Patricia Fox, who has spent nearly three decades advocating for the Philippines's poorest, has become a symbol of understated resistance during her seven-month administrative fight to stay.

Immigration authorities gave Fox ultimatum, wants her out by Nov-3 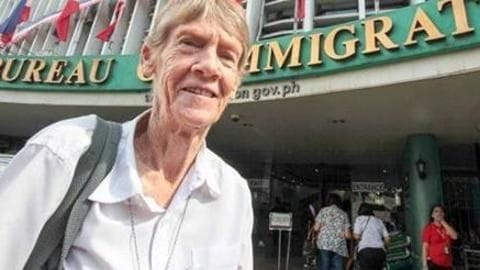 Fox's abrupt announcement of leaving came because immigration authorities refused to extend her tourist visa hours earlier and ordered the 71-year-old out by Saturday, November 3.

Calling it an ultimatum, she said, "There is no point in being arrested and deported. I don't have any choice."

Her supporters condemned the denial and pledged to keep up their legal battle to allow her to return.

Fox will return, "When Duterte is not there anymore" 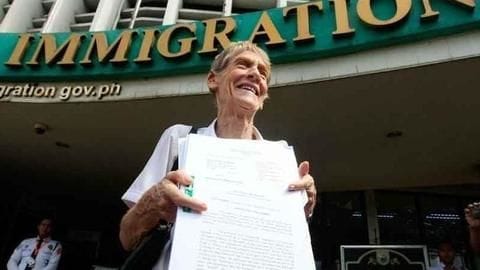 Justice Secretary Menardo Guevarra said that Fox has to leave the Philippines because her visa will expire, even though the deportation case against her is not resolved.

"If she wins, her name will be removed from the immigration blacklist," he said.

However, Fox said she will return to Philippines "when Duterte is not there anymore", referring to the 2022 end of his term.

But, why is President Duterte angry with Fox? 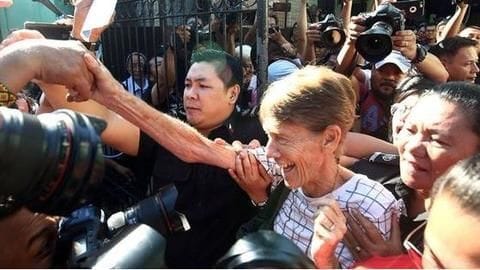 Fox apparently angered the President by joining a fact-finding mission in April to investigate alleged abuses against farmers, including killings and evictions by soldiers fighting guerrillas in the Southern Philippines.

In Duterte's hometown of Davao, Fox went to see farmers detained on charges of possessing explosives, and attended a press conference by workers who were fired for demanding better wages and conditions.

Fox was arrested, accused of 'disorderly conduct' by Duterte 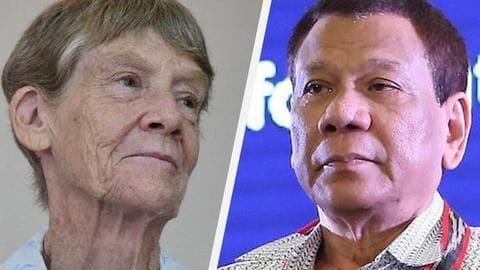 After the conference, Fox was arrested briefly on charges of violating her visa's terms against activism and slowly the Philippine-bureaucracy began moving to strip her of her papers.

Duterte accused Fox of "disorderly conduct" and said, "Don't let her in because that nun has a shameless mouth."

Duterte had previously launched a crackdown against foreigners whom he accused of meddling in his nation's affairs.

In April, Philippines expelled Giacomo Filibeck , Deputy Secretary General of the Party of European Socialists from Italy, who had condemned Duterte's anti-drug war. In August, Australian rights-activist Gill Boehringer, 84, was barred entry for having attended a protest in 2015, allegedly violating immigration laws.

Fox is famed for harboring Jews in World War II 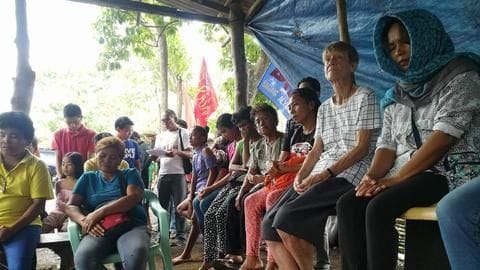 Coming back to Fox, she landed in the Philippines in 1990 as a member of the Sisters of Our Lady of Sion, a congregation of nuns founded in France in 1847 and is famed for harboring Jews in World War II.

A former practicing lawyer in Australia, Fox has said she has been educating landless Filipino farm hands and factory workers about their rights.