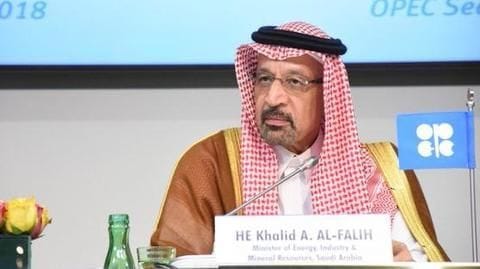 He added Saudi Arabia, the world's largest oil supplier, will cut its production by 500,000 bpd as of next month to help stabilize the market.

Oil lost almost 1/5th of its value over past month

"The technical analysis we reviewed yesterday shows that we need a reduction approaching 1mn bpd," said Khalid. Oil lost almost a fifth of its value over the past month due to oversupply and signs of a softer-than-expected impact from US sanctions on Iranian crude exports.

Khalid today said there had been a marked buildup in inventories, adding that "the 25 producers won't allow this to continue" and that there were "signals" they would do "whatever it takes to balance market".