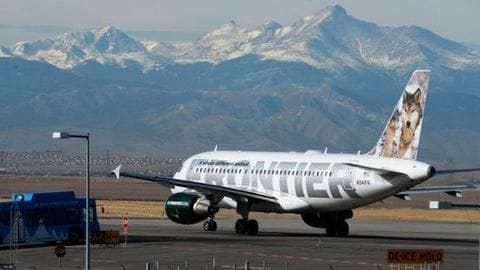 Death is inevitable and can hit you anytime.

And, when you're in an airplane, where you at times witness life-threatening troubles, it can be scary.

In one such incident, passengers traveling in a Frontier Airlines flight in the US, panicked as the engine cover shredded mid-way.

But the crew quickly reassured them of safety and also offered a complimentary breakfast.

Passengers started panicking after witnessing engine cover getting blown away 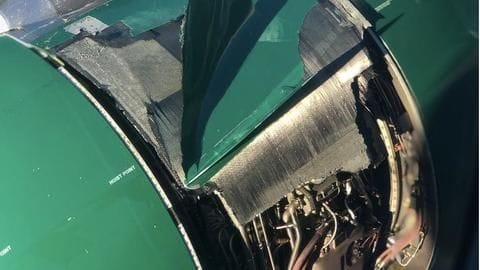 Reports suggest the flight was traveling from Las Vegas to Tampa, carrying 166 people.

After passengers spotted the engine cover of the Airbus 320 peeling and getting blown away, they started panicking.

It was a riot inside the aircraft, as people were jumping and screaming to stop, said one passenger.

One woman even texted her daughter that she loved her, assuming she'd die. 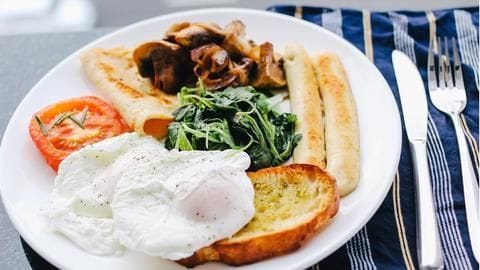 However, the crew reassured the frightened passengers that the pilot will return to the airport and there was a chance that they would have to make an emergency landing.

Reports said that the crew also offered a $500 (approx. Rs. 35,000) voucher to all passengers to be used for their next booking along with complimentary breakfast.

The offer, however, didn't appeal to many.

WHOA! My aunt snapped this pic of a shredded engine on Frontier flight 260 from Vegas to Tampa. The plane was able to turn around and land. She says all passengers got a free breakfast voucher. pic.twitter.com/vc4t4uxMmh 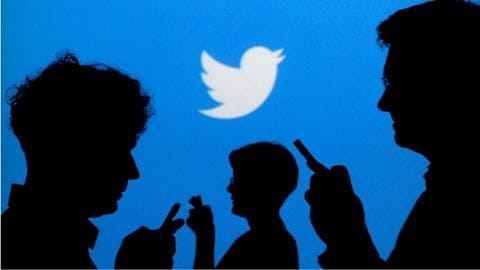 Ponce's post went viral in no time and netizens were not happy.

Many thought that the compensation wasn't enough. One netizen wrote, "Sorry we almost killed you. Maybe some pancakes and bacon will make up for it."

While others came up with satirical comments over the issue as another wrote, "That better be one heck of a breakfast!"

Plane returned to airport and no injuries were reported 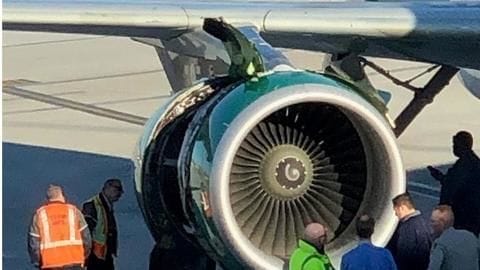 Nevertheless, the plane which took off at 7:08 am landed back to McCarran International Airport at 7:28 am.

No injuries were reported.

But, it doesn't dismiss the fact that the crew offering compensation, including a free breakfast at the time of crisis, wasn't reassuring or funny.

The world already witnessed many devastating airplane crashes this year whose loss can never be compensated.

Iran admits shooting down Ukrainian plane due to 'human error'