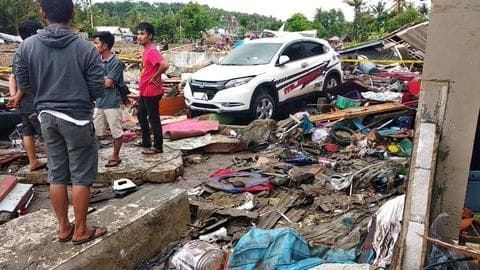 On Saturday, giant waves crashed the Indonesian islands of Java and Sumatra killing 281 and injuring 1,016. But the woes of the locals are far from over as weather officials have warned more deadly tsunamis could strike the coasts.

The tsunami was triggered by the eruption of the volcano Anak Krakatau. The volcanic activity started underwater landslide and waves wreaked havoc.

As volcano continues to erupt, people advised to stay cautious 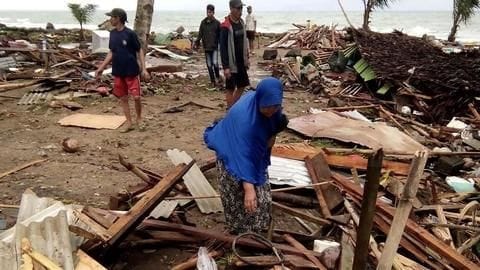 Sutopo Purwo Nugroho, the spokesperson of the country's disaster mitigation agency said people have been cautioned. Everyone has been advised to steer clear of the coasts.

Nugroho added agencies are working to analyze the root cause.

"The Krakatau volcano continues to erupt, which could potentially trigger another tsunami," he said.

Nugroho explains why no warning was given 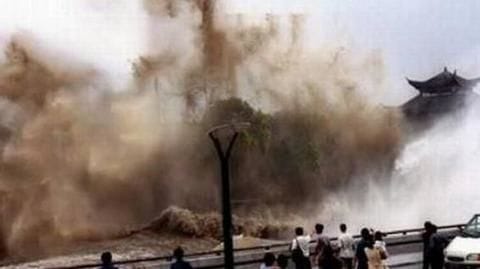 Anak Krakatau witnessed activity in the recent months and people were told to stay cautious.

However, he added that since Indonesia has 13% of the world's volcanoes, it needed a system which could warn people beforehand.

He cited lack of funds as a reason. 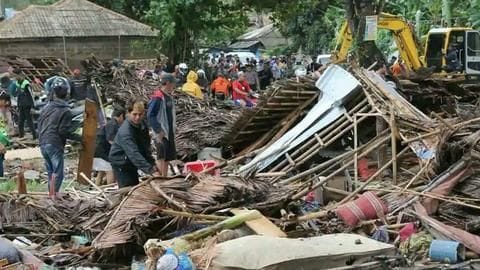 The waves, which got more strength due to the full moon, destroyed houses, swept away cars and uprooted trees in various areas including Tanjung Lesung beach resort.

A local band Seventeen was performing when the waves descended. Viral footage shows the stage being washed away.

The band's bass player and manager were killed and three other members are missing, confirmed lead singer Riefian Fajarsyah.

NEW: Video shows a tsunami crashing into a venue in Indonesia where the band Seventeen was performing https://t.co/4P9zDCRkKC pic.twitter.com/q9RYOaPTt8 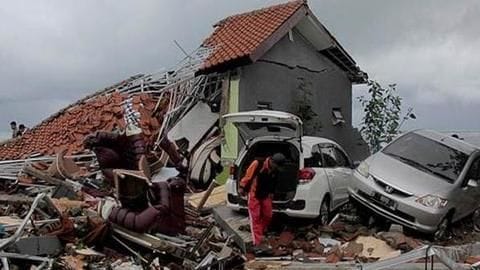 As hundreds remain missing, the rescue operation is in full swing. Though the operation is facing hurdles due to blocked roads, heavy lifting equipment is being sent to worst affected areas.

Pope Francis expressed his condolences on the tragedy and said, "I am spiritually close to the displaced and to all the people affected, imploring God for relief in their suffering."

America is with you, tweets Donald Trump

Unthinkable devastation from the tsunami disaster in Indonesia. More than two hundred dead and nearly a thousand injured or unaccounted for. We are praying for recovery and healing. America is with you!

How was the Indonesian tsunami triggered?

After the eruption of volcano Anak Krakatau, an underwater landslide occurred which led to the tsunami.

How many people have died?

Reports claim as many as 281 people died and 1016 were injured in the tsunami.

Is it possible that more tsunamis could strike?

Weather officials said since the volcano is continuing to erupt, more tsunamis could strike the coastal areas.

Was a warning sounded earlier?